Archives
« NASA announces that there’s water all over the Moon. That crusty old thing surprises!
Monday Morning Commute: This Is The Way (Calories & Pop Culture) » 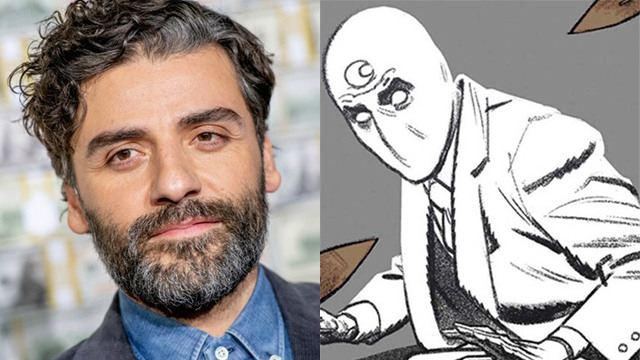 Jesus fucking Christ, this is amazing news. Oscar Isaac is in talks to star in the Moon Knight series on Disney Plus. Like, fuck. Too good, too good.

Oscar Isaac is in talks to star in the Marvel series “Moon Knight” at Disney Plus, Variety has learned.

“Moon Knight” tells the story of Marc Spector, an elite soldier and mercenary who decides to fight crime after he becomes the human avatar of Khonshu, the Egyptian god of the moon.

The role would mark a return of sorts to Marvel for Isaac, who previously starred in “X-Men: Apocalypse,” though that film was released prior to Marvel reacquiring the film rights to the “X-Men” franchise. Isaac is also no stranger to working with Disney, as he starred in the recent “Star Wars” trilogy as Resistance fighter Poe Dameron.

Isaac is one of the most sought-after actors working today. In addition to his roles in “Star Wars” and “X-Men,” he is known for starring in the Coen brothers film “Inside Llewyn Davis,” which earned him a Golden Globe nomination in 2014.

He then won a Golden Globe in 2016 for his work on the HBO miniseries “Show Me a Hero.” He will return to HBO with a starring role in the limited series “Scenes From a Marriage” alongside Jessica Chastain. His other notable film roles include “Ex Machina,” “Annihilation,” “A Most Violent Year,” and “Drive.” He is also set to star in the upcoming “Dune” film reboot from Denis Villeneuve.

He is repped by WME, Inspire Entertainment, and Goodman Genow.

It was previously announced that Jeremy Slater will serve as the writer, executive producer, and showrunner on “Moon Knight.” As with all the Marvel-Disney Plus shows, it will be produced by Kevin Feige’s Marvel Studios.

“Moon Knight” is one of several Marvel series in the works at Disney Plus, with several others set to feature stars from the Marvel Cinematic Universe. “WandaVision” is on deck to debut later this year, followed by “Loki” and “Falcon and the Winter Soldier” in early 2021. Marvel Studios is also developing the shows “Hawkeye” and “Ms. Marvel” as live-action shows. It was recently reported that Tatiana Maslany will star in “She-Hulk” while newcomer Iman Vellani will star in “Ms. Marvel.”