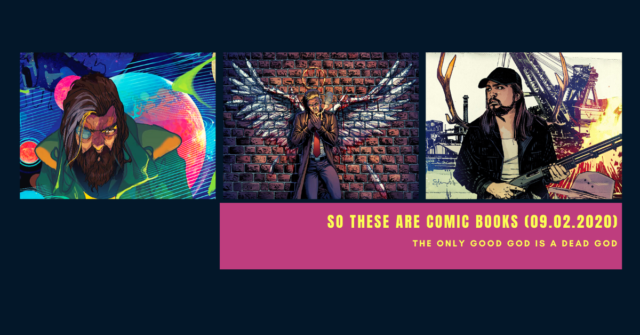 Aw shit, motherfuckers! Flick the lights back on, and flick your bean, I’m back! You see what that is? A little mania to spice up the fact that my bi-polar ass took some time off from this column! A little sleight of hand that I’ve revealed, by acknowledging my sleight of hand! Anyways, I’m freshly back from the comic shop! Where I snagged a couple comics, lamented the selling out of a couple comics, and generally enjoyed my Saturday jaunt.

I gotta say, comic books are a real great litmus test for my mental health. As a dude with anxiety, the prospect of trying to find sold out issues, catch-up on titles I’m interested in but have been running for a couple of years can really serve as a gauge for how I’m doing. Am I overwhelmed by the situation? Whelp, it’s that time of year where Ian is eating too much pizza, drinking too many energy drinks, and vibrating in sadness. Am I invigorated by this new world to explore? Whelp, it’s that time of year where Ian is working out, drinking water, and vibrating in happiness.

Where am I write now? Somewhere in-between! And I hope to find you full-hogged, flush-cheeked, and excited to Dance The Dance De La Comic Book with me!

So These Are Comic Books, baby! 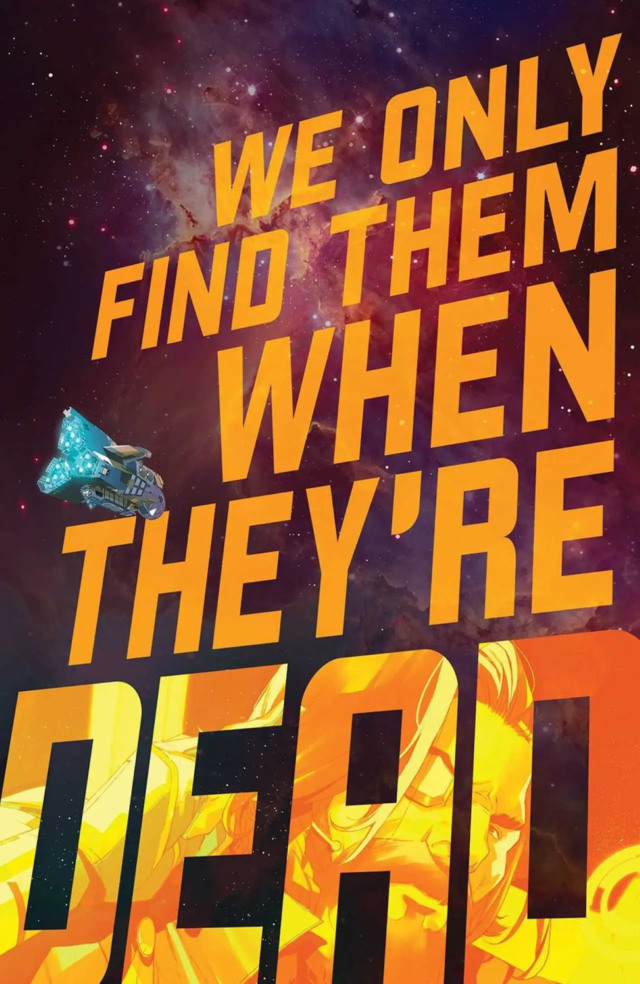 [Comic of the Week: We Only Find Them When They’re Dead #1]

Man, did you know comic book speculators still exist? Like, I knew in the abstract. But, still I’m fucking surprised. What a pack of stank-dicked fucking dorks, you know? Why am I railing against these chodes? ‘Cause they gobbled up all the copies of We Only Find Them When We’re Dead #1 this week! Granted, I didn’t hit the store until Saturday. Fuck me, fuck my laziness, and fuck my schedule.

However, Comic Book Dude told me these fucking buzzards raid the store right when it opens! Fuck. None the less, this title is what I’m sweating the most this week.

So, let’s stop fucking grousing, and start talking about the comic. The premise is squarely placed on my fucking prostate, dudes. It stars Captain Malik and the crew of the Vihaan II, who spend their time harvesting the corpses of alien gods. Like, let that rattle around in your brain. A little cosmic horror, a little hard science-fiction. It’s written by Al Ewing, who many folks around here have masturbated for his run on Immortal Hulk, and the art is provided by Simone Di Meo. Speaking of which, dude is goddamn stunning. I mean, take a look: 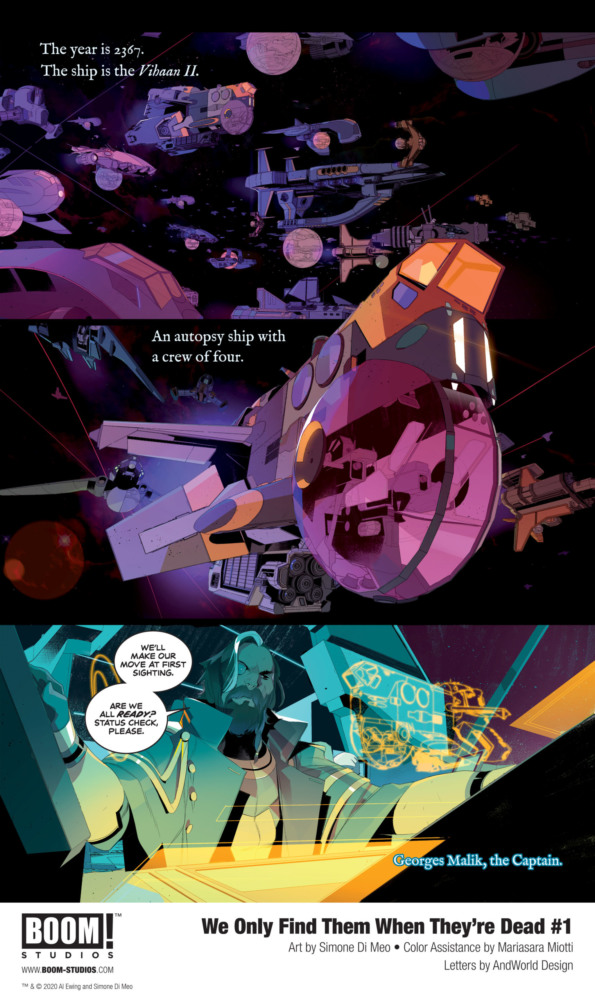 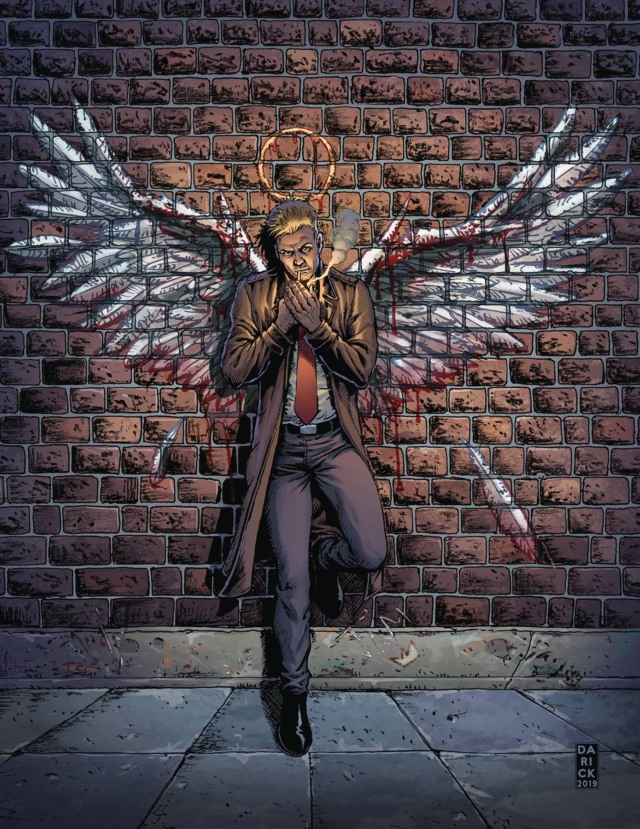 Put me down as “vaguely interested” in this new Hellblazer series. A million years ago, back when I was in high school and actually a competent comic book collector, I was in love with Hellblazer. Garth Ennis’ run, a clear precursor to his idea for Preacher, was some of my favorite shit at the time. As well, I think there was a Brian Azzarello run I fucked with? I think?

However, yeah! John fucking Constantine. Why not roll the dice? And speaking of Ennis, his frequent collaborator Darick Robertson is on pencils. This shit is more than enough to throw down a couple of bucks on a first issue that Monkey Fighting Robots writer Zac Owens calls casually terrifying. Hey dude, sign me the fuck up for that. 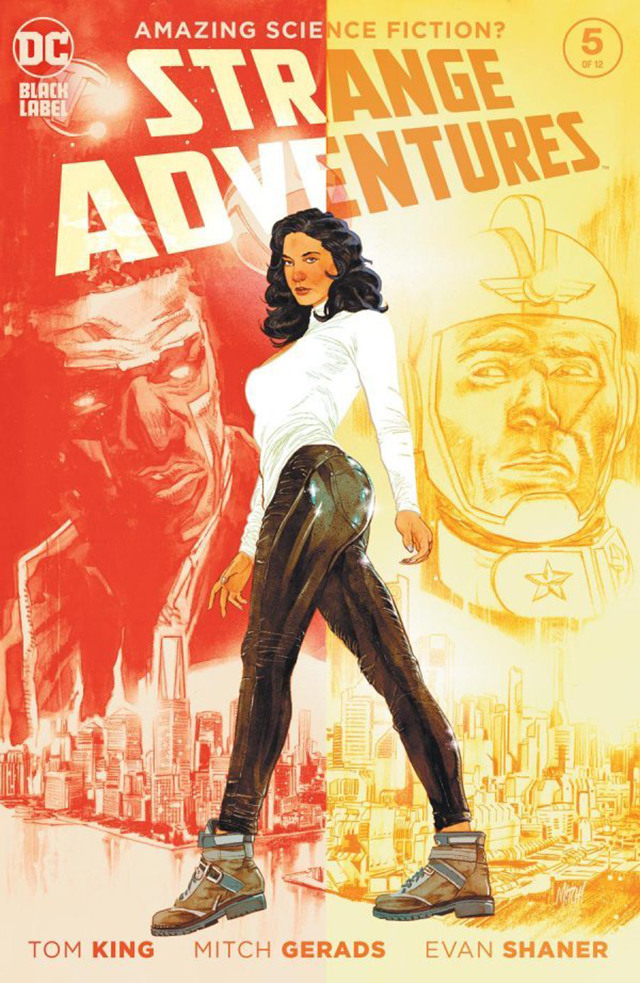 A fifth issue of the comic that got me back into the game dropped this week. This motherfucker is proving to truly be a slow boil, far more deliberatedly paced than Mister Miracle. As our own Rendar pointed out, the latter title starts with a fucking attempted suicide, and continues off the rails from there.

That said, I’m both intrigued and confused as to how they’re going to pull another seven issues out of this pig. I don’t doubt that the creative team is going to do it, but I truly have no fucking clue where the narrative is going. Is that a good thing? A bad thing? I really don’t know, and its unfair to cast judgment at this point.

File under: curious! And curiosity ain’t a bad thing, right? It has treated me well throughout my life. Recently, it lead me to finally reading The Stand. Way back in the day it led me to ass play! And in the middle of my linear time-space experience? It led me to growing a beard, which attracted my wife!

Is any of this relevant? Nah! But, when the fuck have I stuck to the course? 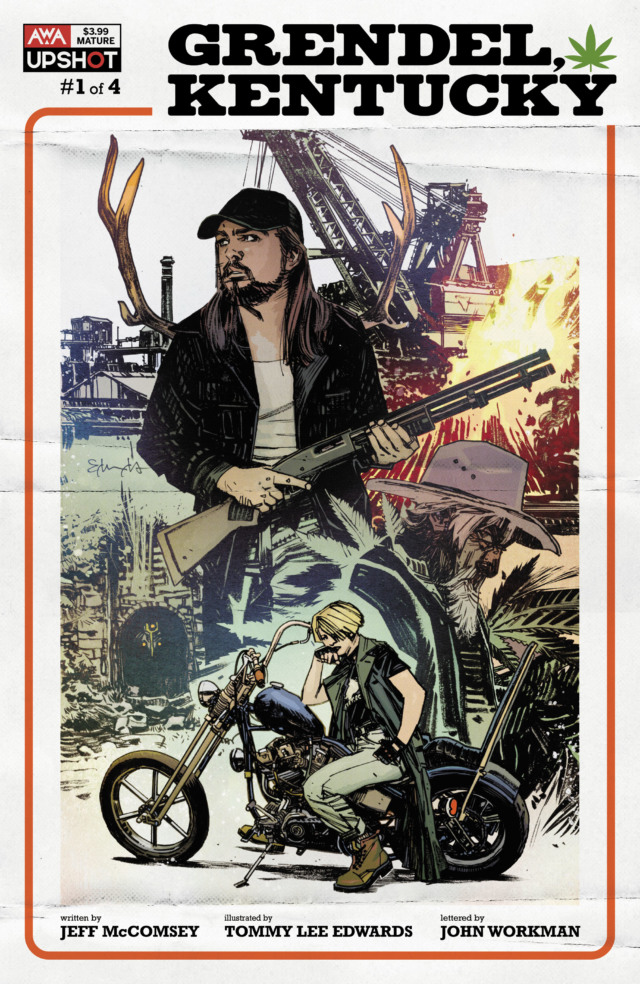 I stumbled across this new title courtesy of its artist Tommy Lee Edwards’ Instagram earlier this summer. Them, I immediately and blindly put down a pre-order for the first issue of the four-issue miniseries, without even reading the synopsis. I fuck with Edwards, so it would eye-fuck my ocular glands at the very least. But holy shit, it’s a fucking small town horror series. Mamma mia! Sizzle my nips and shoot me into space. This first issue of the small town haunting has been described as “shrouded in violence and mystery, with shades of a Stephen King paperback” and goddamn if I’m not deeply here for that shit.

That’s it for me, folks! What did you snag this week? I’m all ears, ass, and excitement!

Tags: grendel kentucky #1, hellblazer rise and fall #1, strange adventures #5, we only find them when they're dead #1