Archives
« Chadwick Boseman has passed away at the age of 43. Tremendous, tremendous bummer.
‘The Mandalorian’ Season 2 will premiere on October 30th. This is the way or some shit, you know? » 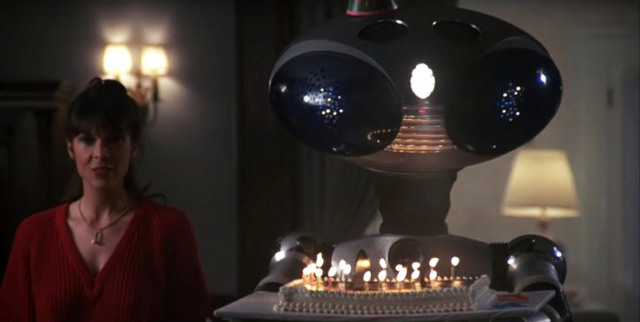 Sylvester Stallone is releasing a Rocky IV Director’s Cut for no good reason. Fuck, maybe he’s bored in quarantine, too. However, due is cutting the goddamn robot! Unreal. If he’s going to go that far, he should cut Paulie. Dude is nothing but a freeloading piece of shit, just bitching, not being grateful at all. Fuck Paulie.

As Rocky IV approaches its 35th anniversary, director and star Sylvester Stallone is looking to make changes to the classic in an all-new director’s cut. The actor made the announcement on Instagram. One of the major changes out of the gate is to scrap Paulie’s (Burt Young) robot, which is probably the most obscure and absurd addition to the franchise. “The robot is going to the junkyard forever, no more robot,” Stallone replied to a commenter. The film arguably produced the franchise’s greatest rivalry with the title character facing Soviet sensation Ivan Drago (Dolph Lundgren).

What rose the stakes like never before in Rocky IV is: not only did Drago kill former foe-turned-best-friend Apollo Creed (Carl Weathers), but also during the time of the film’s release, the real-world tensions of the U.S. Soviet conflict from the Cold War resonated to audiences. The film was a tremendous success at the box office, defying conventional box office for franchises as most never surpass a trilogy. The 1985 classic remains the highest-grossing of the franchise at over $300 million globally. It would also set up for the underperforming Rocky V (1990). One thing the 1985 film did do for Rocky Balboa was set up another layer as a character of tragedy and humility in the next four films from V, Rocky Balboa (2006), Creed (2015), and Creed II (2018). The 2018 film reunited Stallone and Lundgren as established both as mentors and broken men. Creed refocuses the franchise with Michael B. Jordan playing Apollo’s son Adonis Johnson, who’s taking up his father’s footsteps into the boxing ring with Rocky serving as his trainer.

In related news, Stallone now has monuments dedicated to both of his most iconic fictional characters. The first in Rocky was long established in Philadelphia, and now, there’s one of John Rambo in Hope, Canada, where First Blood (1982) was shot.