Archives
« So These Are Comic Books (8.12.2020) – Grafity Has A Hold Of Us All
Jeff Lemire’s ‘Sweet Tooth’ is returning in November with a miniseries. Cryptid Hell Yes! »

Xbox Series X could be dropping this November 6. Finally some leakage, some details, ffs! 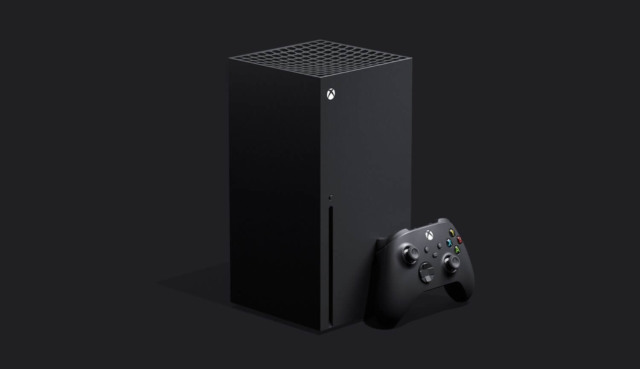 Finally, we may have a release date for a next-gen console. Yesterday, Microsoft announced the console would be arriving this November. Now according to a leaker, the Xbox Series X is dropping this November 6. Fucking A! I’ll take this information.

Microsoft confirmed this week that the Xbox Series X will launch in November, but the company could be targeting a very specific date: November 6th. While the ongoing coronavirus pandemic may affect Microsoft’s exact launch date for the Xbox Series X, distributors seem to be getting ready for November 6th specifically.

An anonymous tipster, who recently purchased an unreleased Xbox Series X controller, sent me an image earlier this week of what is claimed to be the box that these controllers are stored in at distributors. The box specifically tells retail stores (that receive the shipments) not to sell or display the controllers until November 6th. Microsoft has used similar orange “street date” stickers on packages at its retail stores in the past, too.

It’s still not clear exactly how these controllers ended up on sale across Chicago over the weekend. The people selling these controllers have not responded to requests from The Verge about their origins, and those that have purchased them are none the wiser.

Some people who have managed to purchase the controllers have registered them on Microsoft’s support site only to find that the warranty expires on November 5th, 2021. If you calculate that in terms of end dates, it’s exactly a year warranty after a November 6th release. Microsoft typically provides a 90-day warranty for individual controllers, so the company is either extending its warranty period here, or the system is working on the broader one year warranty that’s associated with Xbox consoles.

I asked Microsoft to explain the early appearance of Xbox Series X controllers on Monday but the company refused to comment. “We have a lot in store for Xbox in 2020 and can’t wait to share with you,” said a Microsoft spokesperson. “However, we have nothing to announce at this time.” Microsoft isn’t commenting on the November 6th date, either.

We’re still waiting to hear an exact release date and pricing information for the Xbox Series X. Microsoft kicked off preorders for its Xbox One on June 10th, 2013 before the console launched on November 22nd, 2013. The Xbox 360 was also available to preorder with pricing in August, 2005 before hitting shelves on November 22nd, 2005.