Clive Barker’s ‘Books of Blood’ is adapted into movie for Hulu and arriving in time for Halloween! 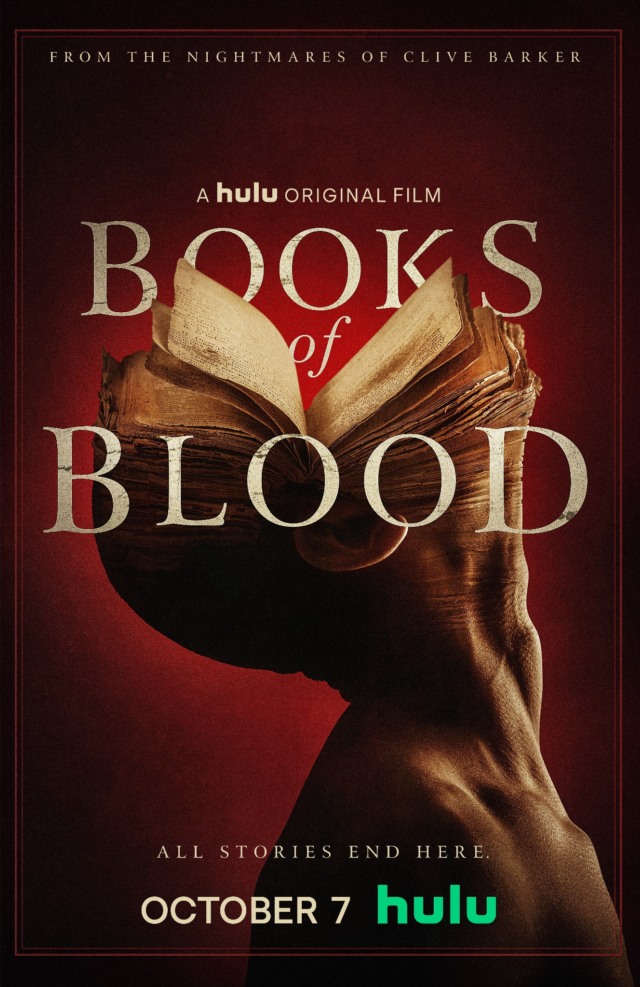 Clive Barker is undeniably the fucking best, dudes. And so it is with a stellar, promising boner that I convey this news. His six-volume series of short horror stories is being adapted into a movie for Hulu. Wait, it gets better! Motherfucker is arriving October 7.

Clive Barker‘s Books of Blood, a six-volume series of short horror stories that helped turn Barker into one of the most famous names in horror fiction, is now a Hulu movie – and it’s coming very soon. Hulu will debut Books of Blood in October, just in time for your Halloween season viewing. It’s unclear which of Barker’s stories will be adapted for the Hulu film, but there are plenty to choose from (including a few that have already been turned into movies, like Rawhead Rex and The Midnight Meat Train). At one point, Hulu was developing the book as a TV series, but they’ve decided to go the film route instead.

Clive Barker’s Books of Blood has already been adapted to a film once, as the mostly forgotten 2009 movie Book of Blood. On top of that, several of the stories from the six-volume series have been adapted into film and TV. On the film front, there was Rawhead Rex, Candyman (based on the story “The Forbidden”), Lord of Illusions (based on the story “The Last Illusion), Dread, and, of course, Midnight Meat Train. Several other stories from the books have been adapted into parts of the anthology film Quicksilver Highway and the horror series Tales From the Darkside.

Now, Hulu is giving Barker’s tales of terror new life as a movie. The streaming service was originally considering a Books of Blood series, but that’s no longer happening. The official announcement makes no mention of which stories will be adapted for the film, stating only: “Based on Clive Barker’s acclaimed and influential horror anthology Books of Blood, this feature takes audiences on a journey into uncharted and forbidden territory through three uncanny tales tangled in space and time.” The cast includes Britt Robertson, Rafi Gavron, Anna Friel, Yul Vazquez, and Freda Foh Shen. Brannon Braga directs, with executive producers including Braga, Seth MacFarlane, Erica Huggins, Alana Kleiman, Brian Witten, Jeff Kwatinetz, Josh Barry, Clive Barker, and Adam Simon.

It’s probably safe to assume that none of the previously adapted stories will be included here – don’t expect a Candyman segment, in other words. That’s okay, though, because there are plenty of stories to choose from. My personal favorite has always been “The Life of Death,” about a woman who stumbles into a sealed crypt full of long-dead plague victims, contracts the disease, and begins unknowingly spreading it to her coworkers. Then again, since we’re still in the midst of a deadly pandemic such a story might not currently go over so well.

Books of Blood hits Hulu on October 7. Check out the poster below.