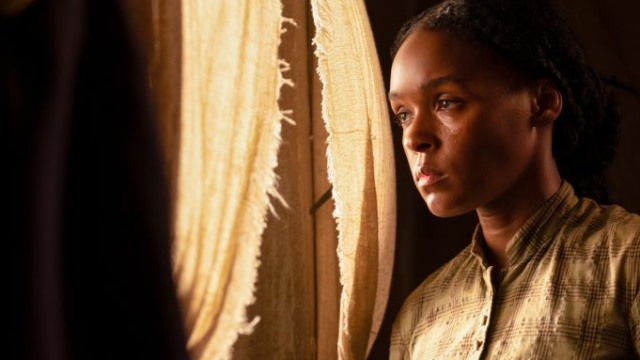 Antebellum is skipping theaters, folks! Yup, the horror movie is hitting VOD on September 18. I’ll level wit ya. I can’t help but feel bad for those involved with movies seeing their theater releases getting nixed for VOD. At the same time? I’m fucking stoked I get to see a movie like Antebellum, which I’ve been sweating.

Antebellum, the mysterious horror thriller starring Janelle Monáe, is headed to VOD. The pic was originally supposed to open in theaters in April, but the coronavirus ended up making that impossible. After shuffling the date around a bit, Lionsgate has decided to release the film directly to Premium On-Demand release, debuting on all platforms on September 18.

I know lots of people just want movie theaters to open again. I get it – I do, too. But, at least here in the United States, that feels less and less likely every day. So if a film can open on VOD in the meantime, I’m all for it. Antebellum, a horror-thriller from directors Gerard Bush and Christopher Renz that was supposed to open in theaters in April, and then was pushed to August, will now skip theaters entirely and head to VOD in September.

“While the theatrical experience will always be the heart of our business, we are thrilled that we are able to seize the opportunity to match Gerard and Chris’s urgent and immediate film with a release strategy befitting this moment of extraordinary change,” said Joe Drake, Chairman, Lionsgate Motion Picture Group. “Gerard and Chris are storytellers whose work beats with authenticity – not only will this film entertain and thrill audiences worldwide, but spark a discussion about our current world.”

Writers-directors Gerard Bush and Christopher Renz added: “While we designed Antebellum to be consumed as a communal experience in the theater, we are thrilled by the unique opportunity we have to pivot to a different kind of communal moment in our culture. As we face the realities of systemic racism in our country, which have crescendoed to this current inflection point in 2020, we understand how imperative it is to bring Antebellum to the broadest audience possible, while also prioritizing health and safety. It is our ardent hope that by sharing our film widely, both nationally and internationally, we will transform the moviegoing experience from home into a true event.”