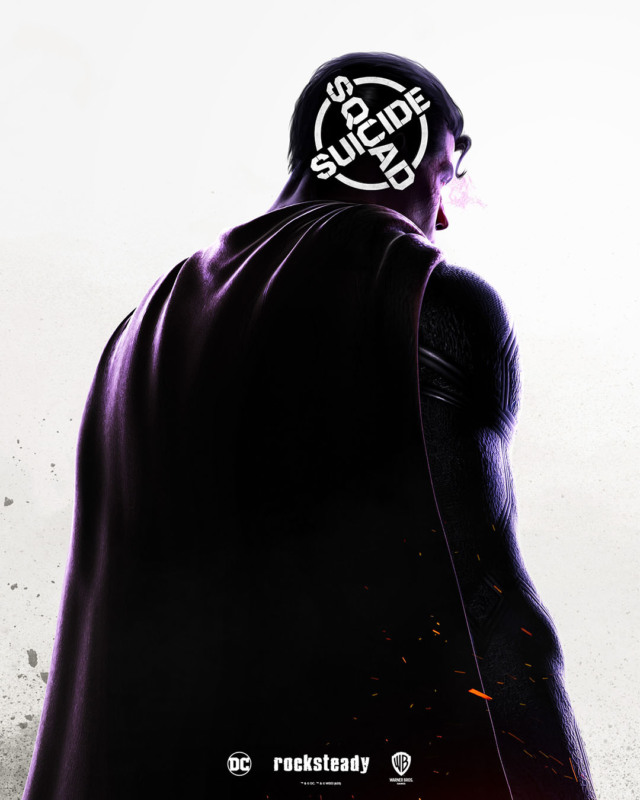 Rocksteady is going to let us hunt god! Or, at least hunt Superman and maybe the Justice League! The developer has officially revealed their Suicide Squad game and promised more details on August 22!

The makers of the Batman Arkham games at Rocksteady Studios have finally officially teased their next project: a Suicide Squad game.

It’s been five years since Arkham Knight came out, and, ever since then, people have wondered what the hell Rocksteady Studios has been up to. For a long time many assumed it might be a Superman game or maybe even another Batman game. Now the rumors and speculation can finally end:

Last month, Eurogamer reported on a series of new internet domains like “SuicideSquadKillTheJusticeLeague.com” that had apparently been registered by a company affiliated with Warner Bros. There was also a domain for “gothamknightsgame.com,” which, according to Eurogamer, is a separate game being developed by Warner Bros. Montreal, the studio behind Arkham Origins.

Based on the “KillTheJusticeLeague” domain and the bullseye on the back of Superman’s head, it seems like a pretty good guess that this time Rocksteady is making a DC game from the villains’ point of view. Hopefully it takes after things like the excellent Secret Six crossover run and not 2016’s Suicide Squad movie. [Note from Stephen, who is editing this and is very old: Even better if it draws from writer John Ostrander’s brilliant 1980s Suicide Squad comic!]

Warner Bros. announced last month that it would be holding a virtual fan event called DC FanDome on August 22 at 1:00 p.m. ET. Rocksteady’s tweet it sounds indicates we’ll learn more about Suicide Squad and get the full breakdown on what the studio has been making.