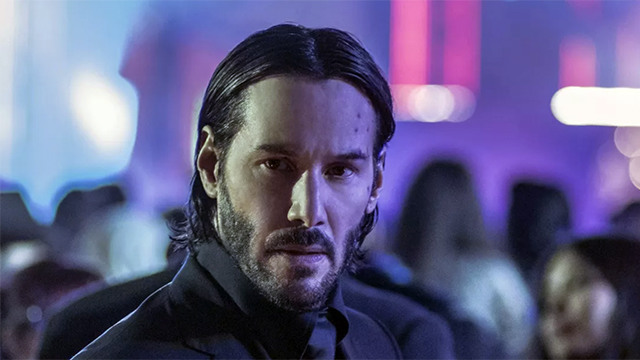 Hey-o, bitches! John Wick 5 is confirmed, and it’s shooting back-to-back with John Wick 4! This is tremendously awesome news for me, as someone who hopes for a Wick movie every couple of years.

During the company’s earnings call on Thursday, Lionsgate announced that a fifth installment of the popular Keanu Reeves-led action film franchise will be developed and shot in conjunction with the fourth film.

“We’re also busy preparing scripts for the next two installments of our ‘John Wick’ action franchise, with ‘John Wick 4’ slated to hit theaters Memorial Day weekend 2022,” Lionsgate CEO John Feltheimer said on the call. “We hope to shoot both ‘John Wick 4’ and ‘5’ back to back when Keanu becomes available early next year.”

“John Wick 4” is currently scheduled to premiere on May 27, 2022. The film was delayed earlier in the year due to Hollywood’s ongoing production issues. No other details about the fifth installment in the franchise were provided during the earnings call.

While the fifth installment in the franchise is likely quite a few years away from release, the mere fact that it’s coming should thrill fans of the acclaimed action series. All three “John Wick” films have enjoyed considerable box office success and have received widespread acclaim from critics. IndieWire’s David Ehrlich praised the third film in his review last year, which boasted a suitably succinct headline: “Keanu Reeves Kills Everybody in Breathtakingly Violent Sequel.”

The three “John Wick” films, which star Reeves as a legendary assassin who squares off against criminals and a mysterious cabal of hitmen, have grossed $584 million at the box office. Starz is working on a television prequel titled “The Continental,” which derives its name from the assassin-friendly hotel that is a prominent part of each film. Few details about that show have been released.

The “John Wick” franchise might be one of the entertainment industry’s most popular action IPs, but director Chad Stahelski told IndieWire last year that regardless of how long the franchise continues, the “John Wick” films will always “boast the stripped down-to-the-bone practical action scenes and storytelling” that differentiate the films from Hollywood’s typical serialized installments in popular franchises.

In other “sequels to beloved films” news, Reeves is also set to star in “Bill & Ted Face the Music” and “The Matrix 4,” the former of which is slated to premiere in theaters and on-demand August 28.