‘Halo Infinite’ multiplayer gonna be free-to-play according to leak. Yeah, still not interested! But nice. 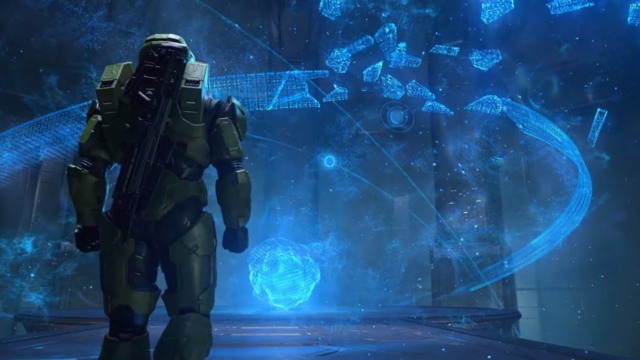 Interesting, motherfuckers! According to a leak, Halo Infinite going to sport a free-to-play multiplayer. Makes sense, though. Seems to be the trajectory of all multiplayer FPS titles these days.

Halo Infinite has been in the news a lot lately, as it was the headliner during last week’s Xbox Series X game showcase. Since that showcase, there’s been plenty of discussion about the game’s campaign, its graphics, and even some mention of microtransactions, but there hasn’t been a whole lot of talk about Halo Infinite‘s multiplayer. A new leak today is changing that, and it’s supposedly revealing a lot of juicy details about how multiplayer will work in Halo Infinite.

The leak, it seems, is down to a listing for the Xbox Series X on the website for Smyths Toys Superstores. At one point earlier today, the listing was home to previously-unrevealed details about Halo Infinite and its multiplayer mode. Smyths quickly updated the lsting to remove the information, but not before Twitter leaker Klobrille managed to capture a screenshot of it.

“The legendary Halo series returns with the most expansive Master Chief campaign yet and a groundbreaking free-to-play multiplayer experience,” Smyths’ website read at one point. “Enjoy up to 120 FPS and greatly reduced load times creating seamless gameplay with Xbox Series X.”

As always, take what you read here with a grain of salt, because until 343 and Microsoft confirm this info, these are only rumors. Still, it’s somewhat easy to believe that Microsoft and 343 Industries will make Halo Infinite’s multiplayer free-to-play, as doing so could bring a big influx of players not only to Halo franchise, but also to the Xbox Series X at a time when Microsoft needs to convince as many buyers as possible. We’ll see what happens from here, so stay tuned.