Archives
« Run The Jewels announce their own strain of cannabis called ‘Ooh La La’ and I’ll never be sober again!
Now you can play ‘Doom’ inside ‘Minecraft’ on a bootable Windows 95 computer. Jesus Fuck, you brilliant bastards » 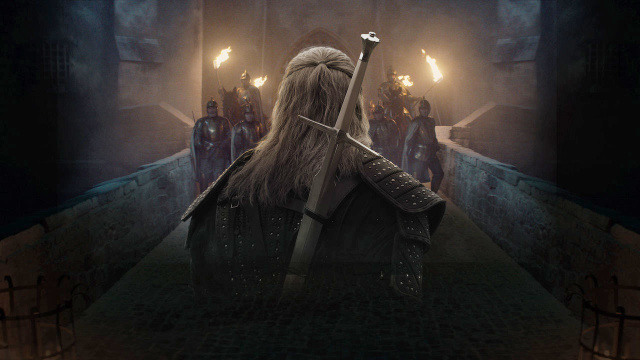 The Witcher is a bona fide fucking hit, friends. And what do corporations do with hits? Milk them tits! To death! Netflix knows the deal, and they’ve announced a prequel series based on The Witcher. The son of a bitch is called The Witcher: Blood Origin, and it’ll crack open the origins of the first Witcher. You know, I’ve been hankering for a TV show to watch, and maybe this news has made it clear. Should I watch The fucking Witcher? Perhaps!

It’s time to go back to where it all began. Netflix has announced that The Witcher is getting a six-part limited series, The Witcher: Blood Origin, that tells the story of the very first of their kind.

According to an emailed press release, The Witcher: Blood Origin takes place 1,200 years before the events of the Henry Cavill-led Netflix series. Set in the Elven world that’s largely been lost to history, Blood Origin will focus on the events that led to the worlds of humans, elves, and monsters coming together—otherwise known as the “conjunction of the spheres.”

Illustration for article titled Netflix’s iThe Witcher/i Is Getting a Live-Action Prequel Series
The Witcher’s Second Season Will Be About the Birth of a Family
It sounds schmaltzy, but it’s true: the first season of The Witcher was about introducing three…

The Witcher writer Declan de Barra will serve as showrunner for this limited series, with The Witcher showrunner Lauren Schmidt Hissrich coming onboard as an executive producer. Series author Andrzej Sapkowski will serve as a creative consultant. In a statement, de Barra said he was excited to explore the origins of the Witcher lore, as well as what Elven society was like before humanity arrived and changed everything.

“A question has been burning in my mind ever since I first read The Witcher books: What was the Elven world really like before the cataclysmic arrival of the humans? I’ve always been fascinated by the rise and fall of civilizations, how science, discovery, and culture flourish right before that fall. How vast swathes of knowledge are lost forever in such a short time, often compounded by colonization and a rewriting of history. Leaving only fragments of a civilization’s true story behind,” he said.

The Witcher: Blood Origin is not the only Witcher spinoff in the works. There’s also The Witcher: Nightmare of the Wolf, an anime that will tell the story of Geralt’s mentor, Vesemir. The second season of The Witcher is getting ready to resume production, following a pause due to the novel coronavirus pandemic. There’s no word of an expected release date for Blood Origin.