Archives
« NASA experiment shows that radishes could probably grow in Lunar soil. I fucking hate radishes, but this is…rad
Venus has dozens of active volcanoes, farting on the idea that its a dormant planet » 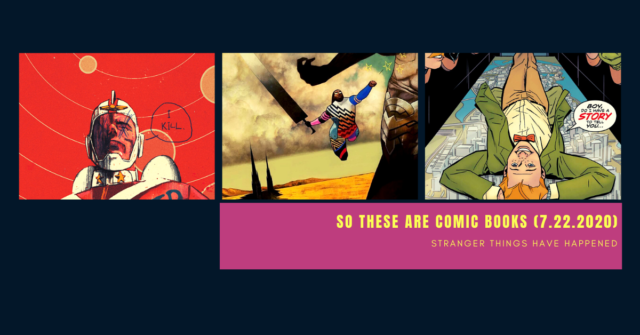 Jesus fucking Christ, friends! Is it really happening? Have I emerged from the mucus-covered womb of Oblivion? To resurrect the comic book column? Well, powder my scrotum and call me your baby boy! I have. I have! It’s been over four fucking years since I last babbled incoherently about the funny books! The sequential sweethearts! And in that time? Darkness! A pall over my comic book life. Like, no, seriously. I stepped foot in a comic book store for the first time in forever yesterday.

It was a glorious moment, not unlike Superman coming out of his Tomb-Thing, with a rich mullet and a black costume. At the same time? I have fucking no idea what’s going on in the world! Like, at all. So, that’s why I have CLEVERLY rebranded this column, to celebrate my reentry into this glorious world. So These Are Comic Books! Get it? No? Yes? Fuck you!

Seriously though, I need you fuckers to participate in this weekly New Comic Book Day column! Now, more than ever. ‘Cause let me tell you, I’m fucking clueless about the world these days.

Per usual, I’ll go first! But I hope to see you in the comments.

Here’s what I snagged this week. 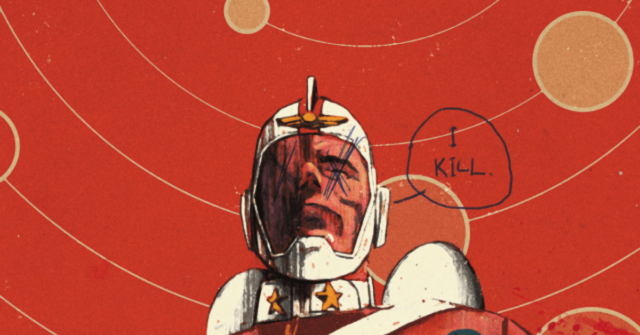 Really, this is the title that dragged my ass out of the sarcophagus. Had me punching through the broth and brew of malaise and fetid depression to emerge into the world of comic books again. You see, Mister Miracle is like, legitimately the only comic book series I’ve consumed in the past four years. And boy, did I enjoy that shit. Nothing juices my aforementioned depressed and melancholic glands like a creative team exploring those same themes. So when them motherfuckers announced this title? I was all in, baby!

Am I going to enjoy this series?

I am, motherfuckers! How do I know? Well, I stuffed the first three issues into my corporeal-mind palace last night. So, I’m pretty fucking certain. What a wild trip, thus far. The title can be unpacked and fucked around with three-ways to Sunday, but I’m really intrigued in reading it as a story about stories. A story about the stories we tell ourselves, and if there’s an objective reality underneath it. Or, perhaps the mythos we must construct about war, to deal with the complicated underbelly.

But fuck, maybe it’s just a tale about a dickhead in a jet pack. I don’t fucking know! 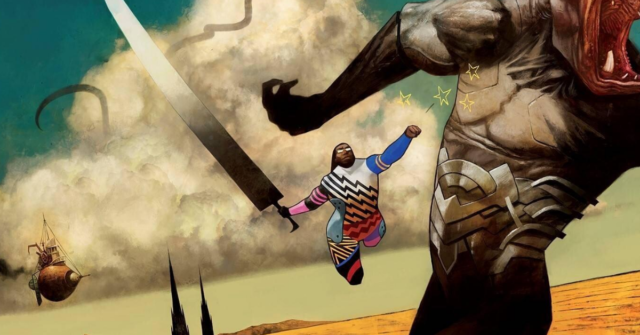 First off, I know I’m fucking missing the second issue of Decorum. I fucking get it! But, I wanted to buy one new comic book this week, and I saw Hickman’s name. The next move, obviously, was to double back and grab the first two issues. That shit? That shit didn’t pan out! So, I snagged the first issue and I’ll paste-over the glaring hole by buying the second on Comxiology. Listen! It ain’t fucking ideal. When the fuck is life ideal, though? I got fucking stretch marks on my knees, there’s a pandemic absolutely bodying the planet, and we have a fascist in the White House.

Life ain’t ideal! Shuck and jive (Jesus fuck, is this offensive? I know it from Super Punch-Out!! so it probably is)! Make do. Make the best of it. Adapt. Yadda, yadda. Blah blah!

Where the fuck was I, comrades? The nostrils are sizzling, the hairs are burning. All tell-tale signs I’m off the path. Oh! Fucking Decorum. I mean, it’s Hickman. If anyone has the ur-key to my wallet these days, it’s him. 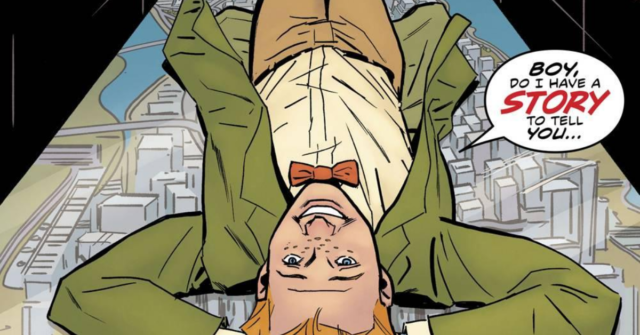 By and large, I snagged these two issues because I recognized the name on the cover. You know, motherfucking Matt Fraction. True, I had heard good shit about the title (I think former OL Guru and brilliant mind Johnny Hotsauce recommended it to me) — but I think blindly buying others that tickled my tits five years ago is going to be a go-to movie of mine at first.

What the fuck is inside this comic book? Yo, I don’t have a fucking clue. I know it’s about Jimmy Olsen. I know Fraction (used to?) excels at taking under-appreciated characters and twisting them into appreciable. Outside of that? Who the fuck knows. I’ll report back in short order.

That’s it for me, motherfuckers! Watch as I stumble around the comics world, bashing my fucking shins on everything. Goddamn everything! Laugh! Then, hopefully give me some recommendations.

God knows, I could fucking use them.