‘Midsommar’ director Ari Aster’s next movie is a “nightmare comedy” that’s four-hours long. Sign me the fuck up, anyways! 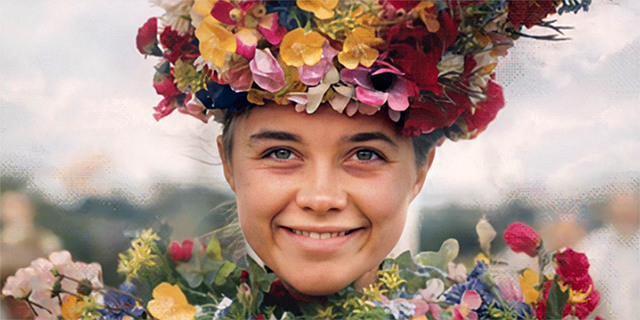 Midsommar director Ari Aster’s next flick is a “nightmare comedy” running four-hours long. I’ve been on record multiple, multiple times saying that no movie should be more than ninety minutes. So, you can go ahead and call me a fraud here. My deflection? This is one of those times where the exception proves the rule. Suck it.

Hey, what’s next from Hereditary and Midsommar director Ari Aster? A four-hour nightmare comedy, that’s what! During a recent interview, Aster teased his next project, and while he didn’t go into specifics, he stated that the movie would be four hours long, and that it would be “nightmare comedy,” a sub-genre that could also apply to Midsommar, if we’re being honest.

While Ari Aster’s Midsommar is technically classified as a horror film, it’s very funny. Sure, there are a lot of dark, violent things that happen in the film, but there’s plenty of laugh-out-loud comedic moments as well. And while Aster’s debut, Hereditary, is a much darker film, it, too, has a handful of intentionally humorous scenes.

With all that in mind, it’s clear that Aster has a knack for comedy as well as horror, which brings us to his next movie. During an interview with the Associated Students Program Board at UC Santa Barbara, Aster dropped a smattering of info about his next movie, calling it a “nightmare comedy,” and adding: “All I know is that it’s gonna be four hours long…” On a somewhat related note, before Midsommar came out, Aster referred to it as an “apocalyptic break-up movie,” so he really has a fun way of describing his projects.

Aster might be joking/exaggerating about that length, but it’s worth noting that the original cut of Midsommar was 171 minutes, so he’s no stranger to lengthy films. It’s unclear when Aster will get around to making this movie, and when we might see it. Will A24, who distributed Aster’s last two films, distribute? Aster and producer Lars Knudsen recently teamed to form Square Peg, a production partnership, so that’ll likely be involved as well.

I know Aster has his detractors, but after the one-two punch of Hereditary and Midsommar, I’m all-in on whatever the hell he wants to do next. I thought Hereditary was one of the best horror movies of the 21st century, and I think Midsommar was even better, in the sense that it was a bigger and more ambitious movie. While I hope we can learn more about whatever this “nightmare comedy” is soon, I remain convinced Aster is cooking up something good.