Archives
« Henry Cavill in talks to return as Superman in upcoming DC movie. Sure, why not?
Martin Scorsese teaming-up with Apple to make expensive-ass ‘Killers of the Flower Moon’ movie adaptation » 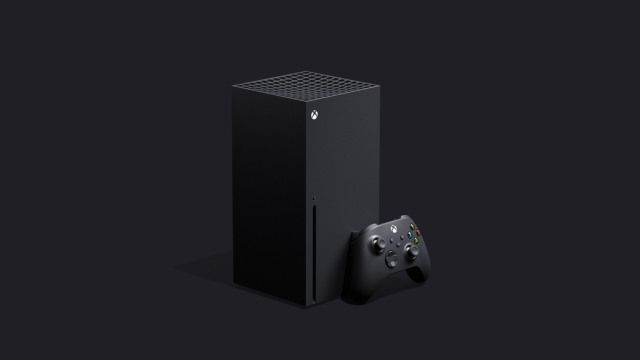 Another week, another pretty cool nugget about the Xbox Series X. The motherfucker is gonna be able to enhance older games, adding support HDR and 120 fps. Is it necessary? Not really. Is it neat? You bet. Meanwhile, in Sony’s camp? Crickets.

“In partnership with the Xbox Advanced Technology Group, Xbox Series X delivers a new, innovative HDR reconstruction technique which enables the platform to automatically add HDR support to games,” explains Jason Ronald, a partner director of program management for the Xbox platform team. “As this technique is handled by the platform itself, it allows us to enable HDR with zero impact to the game’s performance and we can also apply it to Xbox 360 and original Xbox titles developed almost 20 years ago, well before the existence of HDR.”

Ronald doesn’t explain exactly how Microsoft is adding HDR to existing games, but the company has, in the past, added HDR support to older games like Mirror’s Edge on the Xbox One X. Microsoft’s new “HDR reconstruction technique” is applied at the platform level so it requires no work from developers. Microsoft may simply be upscaling and processing games in HDR, similar to how Apple forced all non-4K content into 4K HDR for its Apple TV 4K.

Microsoft is also planning to improve and preserve some older games that run on the Xbox Series X by upping framerates. “The compatibility team has invented brand new techniques that enable even more titles to run at higher resolutions and image quality while still respecting the artistic intent and vision of the original creators,” says Ronald. “We are also creating whole new classes of innovations including the ability to double the frame rate of a select set of titles from 30fps to 60fps or 60fps to 120fps.”

Ronald doesn’t reveal exactly how Microsoft is achieving this, and simply promises to share more closer to launch. It’s likely that Microsoft will unlock its Xbox emulator further on the Series X, thanks to the increased power in the CPU and GPU architectures. That alone could improve framerates in certain games, allowing some to remove caps and go beyond CPU or GPU limitations that may have been holding titles back previously.

Alongside these game improvements, Microsoft is also revealing that its Quick Resume feature for the Xbox Series X can be enabled on existing backward compatible titles. Quick Resume is a feature that lets you quickly switch between multiple games, resuming where you left.

All of these improvements are part of Microsoft’s continued backward compatibility work that allows original Xbox, Xbox 360, and Xbox One games to run on the Xbox Series X. Microsoft says games will run without needing a boost mode and there’s no downclocking involved. Microsoft is now planning to show off some of its plans for first-party next-gen games in July, and Ronald teases “our 15 Xbox Game Studios teams are hard at work creating the biggest and best line up of exclusives in Xbox history.”