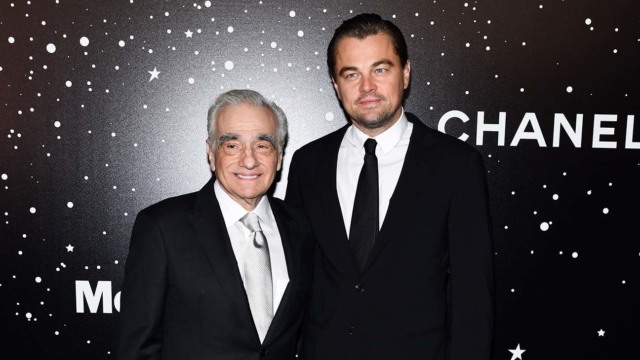 First he partnered with Netflix, and now Scorsese has found another streaming behemoth to help fund his next movie. Dude is teaming-up with Apple for Killers of the Flower Moon. It’s the fucking future, baby!

Back in April, we found out Martin Scorsese was again having trouble locking down funding for Killers of the Flower Moon, an adaptation of David Grann’s book of the same name with Leondaro DiCaprio and Robert De Niro on board to star. At the time, the filmmaker was hoping that a streaming service like Neflix or Apple would come through and help Paramount Pictures pay for the production, and it sounds like he got his wish.

Apple will be teaming with Paramount Pictures to make Killers of the Flower Moon, as long as the deal that’s currently in the works gets finalized. The project will be labeled as an Apple original movie, and Paramount will handle distribution around the world.

Deadline has news of Killers of the Flower Moon finally landing financing after Paramount Pictures was unable to provide the budget that had reportedly risen to somewhere between $180 and $200 million. If this is the first time you’re hearing about the project, here’s the official synopsis of the book:

In the 1920s, the richest people per capita in the world were members of the Osage Indian Nation in Oklahoma. After oil was discovered beneath their land, the Osage rode in chauffeured automobiles, built mansions, and sent their children to study in Europe. Then, one by one, they began to be killed off. One Osage woman, Mollie Burkhart, watched as her family was murdered. Her older sister was shot. Her mother was then slowly poisoned. And it was just the beginning, as more Osage began to die under mysterious circumstances. In this last remnant of the Wild West—where oilmen like J. P. Getty made their fortunes and where desperadoes such as Al Spencer, “the Phantom Terror,” roamed – virtually anyone who dared to investigate the killings were themselves murdered. As the death toll surpassed more than twenty-four Osage, the newly created F.B.I. took up the case, in what became one of the organization’s first major homicide investigations. But the bureau was then notoriously corrupt and initially bungled the case. Eventually the young director, J. Edgar Hoover, turned to a former Texas Ranger named Tom White to try unravel the mystery. White put together an undercover team, including one of the only Native American agents in the bureau. They infiltrated the region, struggling to adopt the latest modern techniques of detection. Together with the Osage they began to expose one of the most sinister conspiracies in American history.

Killers of the Flower Moon has been in the works for a few years now. Paramount grabbed the rights to the book from Imperative Entertainment, but they recently became worried about the film’s growing budget, even after receiving tax credits from shooting on-location in Oklahoma. So the project was shopped around to studios like Universal and MGM, as well as Apple and Netflix. Apparently the project was quite the hot commodity, and everyone wanted to get a piece of the action, but Apple won out.

The deal for Killers of the Flower Moon will give Apple their biggest original movie yet, following their recent acquisition of the World War II drama Greyhound starring Tom Hanks for Apple TV+. It could end up getting Apple some serious attention at the Academy Awards. Netflix’s collaboration with Martin Scorsese on The Irishman, another project that Paramount couldn’t afford to make after developing it for years, resulted in 10 nominations at the Oscars, even though they didn’t win a single one.

As Martin Scorsese gets older, we should cherish every single movie that he makes, especially when it’s with powerhouse actors like Robert De Niro and Leonardo DiCaprio. The trio previously appeared in a short film called The Audition that Martin Scorsese directed where they played fictionalized versions of themselves (seen above). Getting these two together at this stage in both their careers sounds infinitely promising, and we can’t wait to see who else comes on board now that the project is moving forward.