Archives
« Xbox head Phil Spencer believes motherfucking COVID-19 will cause delays in 2021. Son of a bitch!
‘Tony Hawk Pro Skater 1 and 2’ Remaster confirmed to have *most* songs, for what it’s worth, dudes! » 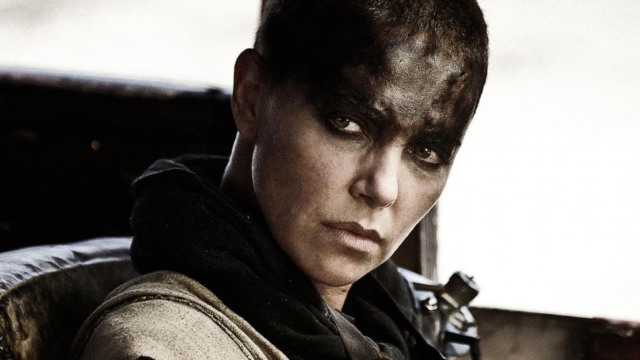 The next Mad Max is confirmed to be a Furiosa prequel, folks. Unfortunately, it ain’t starring Charlize Theron. Initial thoughts? Bummer. But, Miller also successfully recast Max, so I trust the dude.

It’s been five years since “Mad Max: Fury Road” came out in theaters, but if the director George Miller has his way, Furiosa will soon ride again.

When we discussed the production of “Fury Road” for a new oral history, Miller confirmed rumors that he is moving ahead with a stand-alone movie about the action film’s heroine, who became a fan favorite thanks to Theron’s determined portrayal. Still, for those hoping to see the Oscar-winning actress back in the driver’s seat, you may have to adjust your expectations: The film is a prequel centered on a young Furiosa, and Miller is searching for an actress in her 20s to take over the role.

Miller hopes to make the Furiosa film once he completes the drama “Three Thousand Years of Longing,” starring Tilda Swinton and Idris Elba. That film was supposed to begin shooting this spring, but production was delayed when fears of the coronavirus forced an industrywide shutdown.

“So after we finish it, and hopefully everything settles down with the pandemic, we’ll see what the world allows us to do with Furiosa,” Miller said.

The project has been long in the works. During the decade and a half it took to bring “Fury Road” to the screen, Miller and his co-writer, Nick Lathouris, came up with extensive back stories for every character in the film, from the antagonist Immortan Joe to the comparatively minor Doof Warrior, who wields a flame-spewing guitar.

But it was Furiosa who received the bulk of their attention. Miller sought to answer questions about what the character’s life was like in the idyllic “Green Place,” why she was plucked from the group of woman warriors known as the Vuvalini, and how she became the hardened warrior we meet by the time “Fury Road” begins.

“It was purely a way of helping Charlize and explaining it to ourselves,” Miller said.

Still, they found Furiosa’s story so compelling that they decided to write a second screenplay even before a frame of “Fury Road” had been shot. “I got to read it when I was cast,” said Rosie Huntington-Whiteley, who played Splendid, one of the “Fury Road” wives. “It’s genius. I’ve always wondered if that movie’s going to get made.”

For years, it seemed that it might not, since Miller was locked in a legal battle with Warner Bros. over unpaid earnings related to “Fury Road.” But now that Miller has been given the go-ahead to proceed, he’s begun auditions for the lead role, and he admitted that whoever is cast as Furiosa will have significant shoes to fill.

“For the longest time, I thought we could just use CG de-aging on Charlize, but I don’t think we’re nearly there yet,” Miller said. “Despite the valiant attempts on ‘The Irishman,’ I think there’s still an uncanny valley. Everyone is on the verge of solving it, particular Japanese video-game designers, but there’s still a pretty wide valley, I believe.”

Though Theron won’t be returning, some crucial members of the “Fury Road” team have signed on. One is the Oscar-winning production designer Colin Gibson, who dropped a tantalizing detail about the prequel’s scale: As we discussed all the vehicles he built for “Fury Road” — 88 were seen onscreen, but 135 were made in total — Gibson teased, “The next possible iteration, which is on the table, has even more.”

A Furiosa film even bigger than “Fury Road”? That was enough to lure back the cinematographer John Seale, who finished work on “Fury Road” in 2013 and has spent the last several years in a state of semiretirement.

“I’ve had wonderful opportunities to work after ‘Fury Road,’ as you can imagine, and I’ve passed on all of them,” Seale said. “But on ‘Fury Road,’ I told George, ‘If anybody else rings, I’m retired. If you ring, we’ll have lunch.’ And seven years later, he rang.”