‘Ant-Man 3’ brings on ‘Rick and Morty’ writer to pen the script. This absolutely fucking rules. 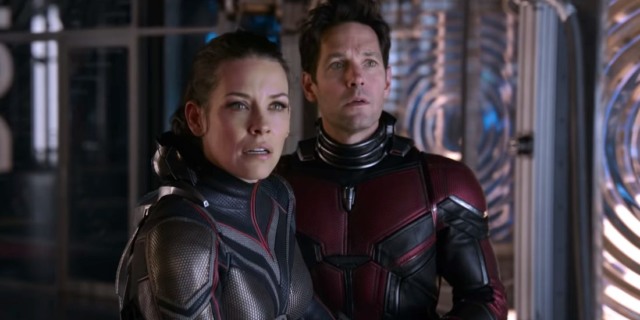 Ant-Man! An exceptionally goofy, fun movie franchise in the Marvel Cinematic Universe. Rick and Morty! Clever, irreverent, fun. I’m completely on board with Ant-Man 3 being written by a dude behind Rick and Morty.

Peyton Reed, who directed the previous two installments, 2015’s Ant-Man and 2018’s Ant-Man and the Wasp, is back as director, having closed his deal last fall.

Paul Rudd is expected to return as Scott Lang, the heist-hearting hero with the power of petiteness in the new installment.

The deal was wrapped up in the early days of Hollywood’s shutdown, according to sources, and Loveness has already commenced writing.

Marvel has yet to publicly announce the project and seeing as writing is just getting underway, it is unclear when Ant-Man 3 would shoot. Sequels Doctor Strange in the Multiverse of Madness and Thor: Love and Thunder were slated to shoot this year but the coronavirus pandemic has thrown all of Hollywood’s production schedule upside down. On Friday, Disney reshuffled the release dates of its movie slate, pushing back the series of Marvel films known as Phase 4.

Loveness is known for his comedy work, having gotten his start writing on Jimmy Kimmel Live! On top of several seasons’ worth of the late-night show, he also worked on the Oscars, the Emmys and the White House Correspondents’ Dinner. He wrote on TBS’ Daniel Radcliffe-starring series Miracle Workers.

Loveness has some Marvel experience having written comics centering on such characters as Spider-Man, Groot and Nova, among others, for the publishing powerhouse.

He is repped by LBI Entertainment.