Archives
« Coronavirus Non-Commute: It’s Not Depression, It’s COVID-19!
‘The Messenger’ developer’s next game is a Retro RPG called ‘Sea of Stars’ that takes place in the same universe. Fucking rad. » 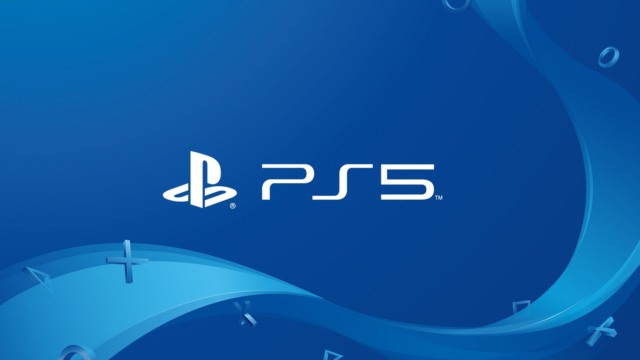 In a nearly hour-long presentation, Sony detailed the PS5’s architecture. Powering Sony’s new system is a CPU and GPU both made by AMD along with an 852GB SSD.

The PS5 will also have:

Before the start of the presentation, Eurogamer reported the official specs of the console.

Sony began streaming its PS5 reveal at 12 p.m. ET/9 a.m. PT. System lead architect Mark Cerny who started the presentation by explaining the three principles behind the hardware design of the PS5: Listening to developers, balance evolution and revolution, and finding new dreams.

He then began talking about the time it takes for developers to make full use of a new console’s power, which he called “dead time.” He showed the previous PlayStation consoles varied on this time period with the PS2 taking three to six months while the PS3 was six to 12 months. For the PS4 it was one month, and he says the PS5 will be less than that.

When it came to listening to developers, Cerny says the SSD was the number one ask from game developers and is a “game-changer.” He showed how the PS4 hard drive could load 50-100MB per second and the target for the PS5’s SSD drive is 5GB per second. The result is the PS5 loading 2GB of data in 0.27 seconds, while the PS4 would take 20 seconds. The result is the SSD could stream game assets to the game rather than the various strategies by developers to load only parts of the game at a time or reusing certain graphics over and over again.

The PS5 SSD will also help when it comes to RAM. With the PS4, some of the game data would be stored in the RAM in lieu of grabbing it from the hard drive in order to access it more quickly. In the PS5, the SSD is almost as fast as RAM thus developers can simply retrieve game data from the SSD and freeing up more RAM.

There will be a bay in the PS5 for an additional SSD for those who need more storage, but the drives need to be a similar speed with what’s already installed in the console. He says there will be a compatibility list provided by Sony, but it will come sometime after the PS5 launch.

Cerny then talked about the PS5 console’s custom chips and how they’ll work with backward compatibility with the PS4. AMD worked on incorporating the previous console’s logic and features into the customer PS5’s processors. Cerny says they tested the top 100 PS4 titles on the PS5 and almost all will be playable on the PS5 at launch.

When it came to the GPU and CPU, Cerny says they were able to develop new strategies that resulted in a capped 2.23GHz graphics process that can produce 10.3 teraflops while the processor is capped at 3.5GHz. Not everyone game will make use of the full power, but they will be close. These new strategies with the system’s processors will also help reduce the amount of power the console will use in order to stay cool and quiet.

The presentation’s final focus was the PS5’s audio. The Tempest Engine is the name of the audio hardware and enables 3D audio, starting with headphones, which will be the “gold standard” for the console. For those using TV speakers or soundbars, the PS5 will create a virtual surround sound, but it’s still being tweaked.

This video was originally planned as a session at the Game Developers Conference, according to the PlayStation Japanese Twitter account. Conference organizers canceled GDC, which was originally set to start Monday, due to the coronavirus outbreak.

The first PS5 details came out in October with teasers about the system’s hardware and controller. In February, Sony created the console’s website, although no new info has been added since it went up.

Microsoft revealed the specs for its Xbox Series X on Monday. According to leaks, the two new consoles will have similar hardware, including AMD-made CPUs and GPUs along with solid-state drives.