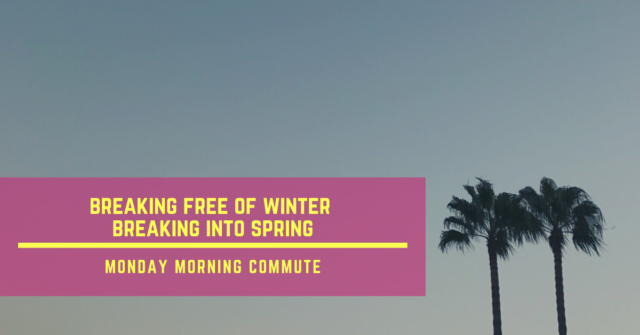 Golly gee come down to the Space-Ship OMEGA! We’re having an Eschaton of fun here within the walls of the faithful tin can in digital orbit! But, friends, I must confess something. I think there’s a general paucity in the zeitgeist when it comes to really comprehending the situation on this globe, which is currently somewhere between a shit-covered molotov to the face of Western culture, and a dumpster filled with spiked light bulbs dropped on our cumulative balls.

One senile old racist bag of shit is currently poised to take on the current old senile racist bag of shit for the Presidency of the Empire. A virus is spreading across the globe. Shit is pretty much just melting everywhere, and the forests are being knocked down to make Palm Oil or some shit. Fantastic.

It’s so catastrophic that I don’t really know what to do, other than hang out with you folks, and fight the urge to eat my weight in Pop-Tarts. Sooner or later we are going to need be sprinting at full-speed across the wasteland of failed consumerism, and I’m going to need my lungs. Though I gotta confess, those Pop-Tarts are tempting as fuck.

So, what the fuck can you do. As I always say, be kind. Open doors. Don’t shake hands, but air high-five your friends. Start growing Kale. Get prepared to either hunt, or barter. Schedule a vasectomy. Don’t give up, but do get real. The night is dark and full of horrors, and these days, it doesn’t seem much better in the sun.

Oh fuck me sideways, I’m just rambling now. Probably because whatever the fuck I’m stuffing into my rot-gut, spotted-brainstem feels pretty fucking inconsequential in comparison to the happenings of the days. But, I suppose that’s the point of this column, no? Monday Morning Commute.

To build a bulwark of bullshit to share with friends, with family, with innocent passersby, and temporarily eschew said eschaton.

I’ll go first. Join me in the comments.

days gone continues to be a quiet meditative game, occasionally with blasting dozens of zombies in their stupid fucking faces. the final fantasy vii remake demo simultaneously confirmed my worst fears and was better than i expected. i’m so fucking torn.

going to: the bruins game on saturday!

if they don’t cancel it!

and, campus may be closed after it. extended spring break!

i didn’t get to the initial episodes of this tv mini-series last week, but all signs point towards another alex garland mind-fuck.

between upgrade and this flick, leigh whannell proves to be an enjoyable master of schlock. as well, he seems keen on exploring some interesting themes in these science-fiction flicks: toxic masculinity, the intersection of technology and human agency, and, some really fun horror shit.

here, have some fucking tunes!

we’re running the gauntlet here. some hip-hop! some lo-fi! some darksynth. you’re welcome. unless you hate the tunes, in which case, fuck you, i’m sorry.

Tags: all these fingers - 3 am, auralnauts - dance flight 66, days gone, deadlife - override, Devs, Final Fantasy VII Remake, nightmareowl - i don't want to get back, The Boston Bruins, the invisible man