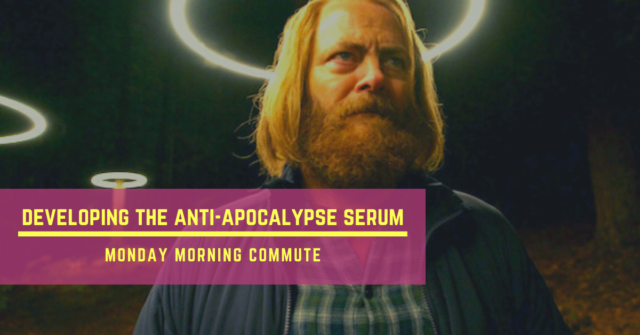 Self-immolation is a hell of a drug, friends! Ask the DNC, as they continue to tear the walls down on themselves to prevent the Bern. Shit, ask me! On those dark nights where it feels like 8,000 calories of M&Ms makes way more sense than trying to fight my way out of my malaise! But, it’s fucking futile! We’re going to get another Trump presidency, and I could end up in a waistband three-sizes bigger than currently constituted. But if I’m being honest? The former seems way more plausible than the later, as I sip my deeply unfulfilling weekday smoothie that serves as both breakfast and lunch.

None the less, what’s the key to staving off self-immolation?

What are the secret ingredients of the Anti-Apocalypse serum?

I’m happy to tell you!

Nah! I’m just fucking with you.

What are the secret ingredients of the Anti-Apocalypse serum?

I’m seriously happy to tell you!

A strong, supportive community (hi)! A kind heart! A caffeine addiction and some sort of pet! Healthy perspectives and healthier diets!

Honestly, I don’t fucking know. For me? Loved ones and loved arts.

So, let’s hang out together right here! In this Monday Morning Commute! Herein, I’ll share what I’m looking forward to week. What’s keeping me from self-immolating for another five or so days. Then, I hope you’ll join me in the comments with your own litany! 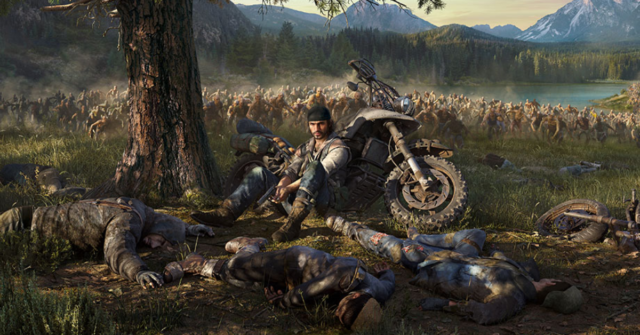 I’m still rattling through Days Gone. It’s a fun game! I don’t think it’s sixty-bucks worth of fun, though I would have happily paid it. Its primary crime is really not doing anything to differentiate itself from the pack of other AAA games. I’d call it Third-Person Post-Apocalyptic Far Cry. And if you know me, you know I just rattled off three of my favorite things. Digging it. Digging it hard. Let me endlessly craft shit in a zen-like trance, while hunting zombies. Doubly sold. 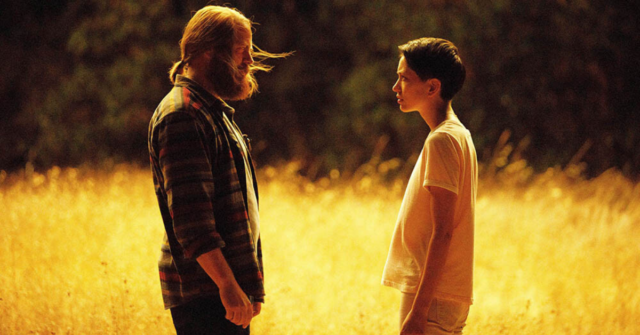 Alex Garland’s television mini-series Devs is dropping this week, friends! Couldn’t be more excited for it, if I was ripping crushed up Viagra and humping my futon. I’m here for more of Garland’s hauntingly ambient explorations of man and machine. What the fuck is the show actually about? I don’t think anyone knows. That’s fine, that’s fine. At the very least, it’s got Bearded Nick Offerman contemplating life. Let’s go. 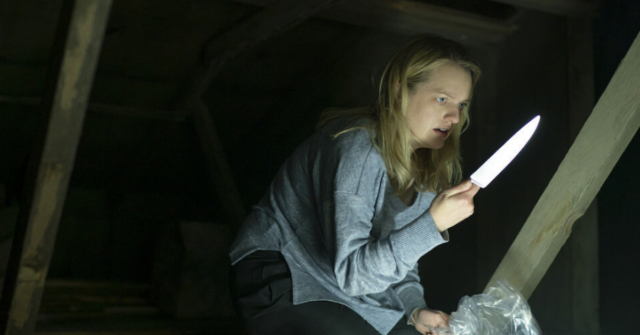 On top of the reviews, though, it’s cinematic dry season. Not much dropping this time of year. So, Bateman and I are projected to see it this Thursday, and I’m a bit stoked. 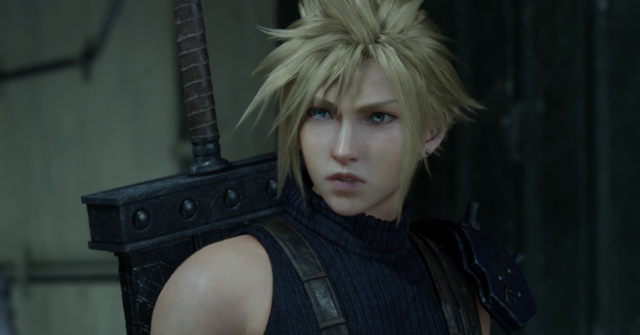 As much as I don’t want to like the Final Fantasy VII Remake, I also desperately want to like it. ‘Cause like, Squaresoft absolutely fucking sucks for dividing the title into episodes. And they haven’t made a good game since FF12 (if that), and I’m tired of people pretending otherwise. That said, I mean, it’s a remake of one of my favorite goddamn games ever. To actively root for it to suck is to actively root for there to be like game-jizm spurting out of my existential hog.

Which brings me to the demo for the game, which dropped today! Gonna play it this weekend. With Bateman. I think it’s fair to say we’re both pretty anxious about what we’re going to find. To experience. With one another. Take that shit out of context if you’d like.

That’s it for me, my dudes! What are you up to this week?!