Archives
« Showtime orders comedy series from Safdie Brothers and Nathan Fielder. Woo boy, this is going to rock.
Zuckerberg has staff blow-dry his armpits before speeches. No, seriously. That human suit a bit warm, eh? » 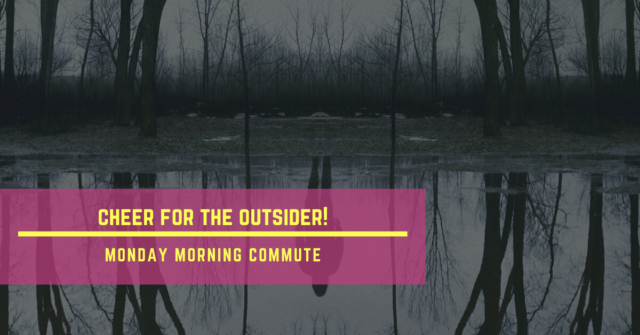 Man, I know it’s been a hot minute since I’ve been here! Spinning off a Monday Morning Commute! But, I’m going to level with you. Just been mired in a February Funk. Fucking ashen skies, long-ass work days. Been feeling the funk. The February Funk! However, don’t think that means I don’t miss ya’ll! I do, I truly do!

Especially since Bateman and I have not been able to stream due to scheduling conflicts. Streaming on Saturday nights is the perfect way to spend a Saturday night (in my opinion), but it also puts directly in the Existential Line of Fire. That said, we’re back this week, though! And I hope you’ll join us.

Until then! Let me tell you what I’ve been enjoying and anticipating as of late, in-between foggy-headed malaises and eating too much.

As far as television goes, I’ve been enjoying the fucking shit out of HBO’s The Outsider. It’s been best sold as “What if True Detective was actually supernatural?” and that feels apropos as fuck. I’m just a sucker for the aforementioned supenatural, and long, ponderous slow-boil detective mysteries.

Also been watching: Cheer on Netflix, and the true crime documentary McMillion$ on HBO.

One of the most not gnarly things about being depressed is how utterly fucking empty everything feels, man. So, I’ve been spinning my wheels trying to find a video game that grips me, having finished and having loved The Outer Worlds.

What have I settled on? Days Gone! The title came and left last year, a rare PS4 exclusive that didn’t blow everyone’s assholes out. But, about an hour in? It’s fun! Imagine if dumb asses tried to recreate The Last of Us via an open-world, and you’ve got the B-Movie title I’m currently digging.

Recently caught both Tremors and the original Halloween, and I get why they’re both classics. Absolutely no one prepared me for the Dad from Family Ties absolutely chewing up scenery. Meanwhile, Halloween is just another Carpenter movie that kicked my dick in its pleasure center. As well, I can now get why people didn’t like the recent sequel. It was loud and goofy whereas the original is so fucking quiet and haunting. Alas!

You want some fucking tunes? I got some fucking tunes! Been listening to a lot of darkwave/synthwave/outrun/whatever the fuck you want to call it. Music that’s designed to help you chase down murderous androids, or spur you to drive 100mph while chasing a Neon Sunset.

Ya’ll had any of your motherfucking Girl Scout Cookies yet? Me? This fat-ass-masquerading-in-a-decently-fit-body-dude? Crushed an entire box of Lemonades this past Sunday. Do I regret it? You bet your fucking bottom dollar, brother! Am I going to do it again before the season is over? Fucking of course.

That’s it for me, friends. I’ve genuinely missed you! Take this as me attempting to come out of my February Funk, emerging into the caustically bright overworld.

What you been up to? Let’s hang out!