Auction for ‘Nintendo PlayStation’ prototype is already up to $310,000 and fucking counting 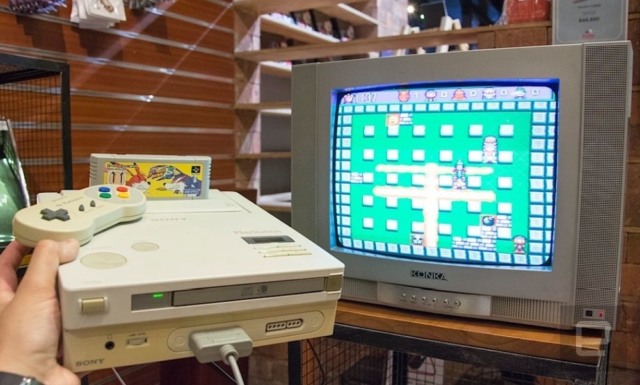 Man. Every time I go to post this story about the Nintendo PlayStation prototype, the auction has increased by, like, another $100,000. Fucking seriously. It currently sits at $310,000. Emphasis on currently.

[Note, the below article is already out of date, pricewise. This shit is colossal.]

This “Nintendo PlayStation” occupies a special place in gaming history, as one of fewer than 200 prototype units ever produced, and now it’s up for auction. Its current owners explained how they came by it (in a bankruptcy auction that happened to include items from former Sony CEO Olaf Olafsson), and how they discovered what it was thanks to a Reddit post.

We’ve already had a chance to play around with the “Super Disc” system, but now that they’ve decided to sell it, getting hold of the artifact yourself is going to be expensive — after being live for about 24 hours the price has reached $205,000. (If you’re wondering who would pay that much, Oculus VR founder Palmer Luckey tweeted tonight that he is the current highest bidder.)

Late last year the Diebolds announced they would “let the market determine” what this system is worth in an auction. There’s no reserve price listed yet, as that will be revealed on the 27th, but the owners have already said they turned down a $1.2 million offer. Live bidding will take place on March 6th, so you do have some time to get your funds together and make an offer.