Archives
« ‘The Mandalorian’ Season 2 is dropping this October. Eight months until more gunslinging with The Child!
‘Gears of War’ boss is taking over ‘Diablo’ franchise for Blizzard. This is a good thing. »

Sam Raimi is in talks to direct ‘Doctor Strange’ sequel. Fuck yeah, I’m back in! 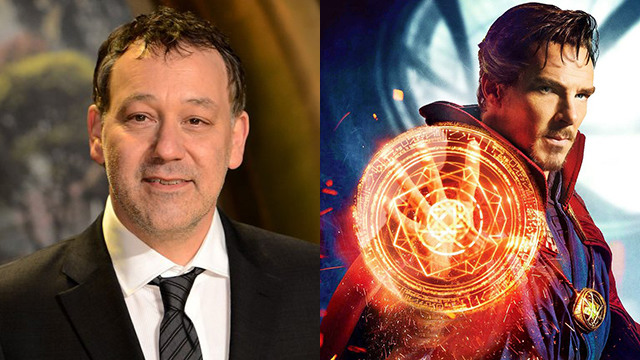 Can you imagine if Sam Raimi ends up directing the Doctor Strange sequel? Like, the best possible outcome of Scott Derrickson leaving.

Sam Raimi, who helped launch the modern superhero movie with 2002’s “Spider-Man,” is in talks to direct “Doctor Strange in the Multiverse of Madness” for Marvel Studios, Variety has learned.

Raimi replaces original director Scott Derrickson, who Variety reported on Jan. 9 had officially departed the project due to creative differences. Derrickson will remain as an executive producer. Raimi, meanwhile, will need to get up to speed before the film’s scheduled production start date in May.

After finishing his “Spider-Man” trilogy for Sony Pictures with 2007’s “Spider-Man 3,” Raimi’s output as a director slowed considerably, with just the horror pic “Drag Me to Hell” in 2009 and Disney’s “The Wizard of Oz” prequel “Oz the Great and Powerful” in 2013. Instead, he’s been busy as a producer, helping relaunch various horror franchises like “Poltergeist” and his own classic, “Evil Dead.”