Archives
« Sam Raimi is in talks to direct ‘Doctor Strange’ sequel. Fuck yeah, I’m back in!
Scientists have created an AI to figure out the structure of the Universe. Crack that code, robo-genius! »

‘Gears of War’ boss is taking over ‘Diablo’ franchise for Blizzard. This is a good thing. 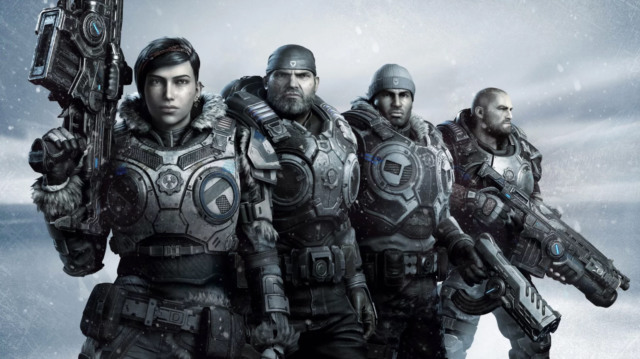 I know it didn’t capture the zeitgeist, but Gears 5 is a very fucking fun game. So, I’m stoked that the dude who oversaw that game is now Lead Dude on Diablo IV for Blizzard.

Rod Fergusson has worked on every Gears Of War game over the last 15 years, from starting the original Gears Of War with Epic, to helping establish The Coalition studio to work on the rest of the series. But now he’s heading to pastures new, joining Blizzard to oversee all things Diablo.

“Leaving is bittersweet as I love our Gears family, the fans, and everyone at The Coalition and Xbox,” he tweeted. “Thank you, it has been an honor and a privilege to work with you all.”

He’s leaving The Coalition just before the release of Gears Tactics, the XCOM-like spin-off coming out on April 28th. He’ll start his new job at Blizzard in March, and all we know so far about his role is that he’ll “oversee the Diablo franchise”. He’ll probably be doing a bit of work on the upcoming mobile game Diablo: Immortal, as well as Diablo 4 then, which Blizzard announced during BlizzCon in November.

I can’t help but wonder if there’s a possibility of a Diablo 2 remaster on the cards – there were a few rumours circulating about it before BlizzCon 2019, and it would make sense given that Blizzard have revamped both StarCraft and Warcraft 3. Hopefully a Diablo II remaster would come out better than the wobbly release of Warcraft 3: Reforged.

We’ve compiled a new list for 2018 of the 25 best co-op games to play on PC with friends or strangers, in local or onlin…

It seems odd for Fergusson to join the Diablo team so far into Diablo 4’s development, but talking to USGamer before this announcement he spoke about how he’s earned his reputation as a “closer”. Those veteran shipping skills should help Blizzard finally get their fourth hell-game out.

Our Matthew did enjoy the last Gears game Fergusson touched, particularly celebrating the campaign in his Gears 5 review:

“It’s the campaign crouching that impressed me the most, the way it dips its toe in a ‘light RPG’ direction. I’m enjoying this new trend of RPGs-but-not-RPGs; action games that borrow the language of the more complex genre – side quests, character levelling, exploration – but in such a way that there’s never any doubt you’ll miss a pixel of it.”