Xbox Series X won’t have exclusive games at launch. Wait, what the fuck? 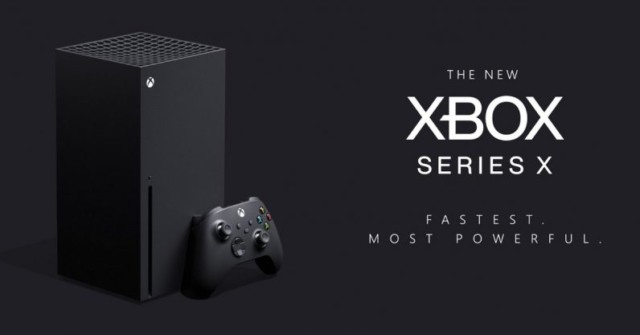 The Xbox Series X ain’t going to have exclusive games at launch. Like, the titles will continue being playable on an XB1. Initially, this seems neat. Halo: Infinite for all! But, like. A serious gripe: if you’re developing games that need to run on an XB1, you’re going to be handicapping yourself. You know?

The next console generation begins this holiday season, with Microsoft and Sony launching new hardware in the form of the Xbox Series X and PlayStation 5, respectively. But this time around, since both consoles will offer full backward compatibility with current-generation games, that doesn’t mean leaving the past behind. Microsoft is going one step further: Its first-party games will be playable across both the Xbox One and Xbox Series X, at least for now, meaning that nothing will be restricted exclusively to the new console.

“As our content comes out over the next year, two years, all of our games, sort of like PC, will play up and down that family of devices,” said Matt Booty, head of Microsoft’s internal development teams at Xbox Game Studios, in an interview with MCV. “We want to make sure that if someone invests in Xbox between now and [Series X] that they feel that they made a good investment and that we’re committed to them with content.”

Microsoft has offered glimpses of two first-party Xbox Series X games, 343 Industries’ Halo Infinite — scheduled to launch alongside the console — and Ninja Theory’s Senua’s Saga: Hellblade 2. The company’s marketing is likely to focus on the next-gen versions of both titles, highlighting all the bells and whistles that the Xbox Series X will enable, such as photorealistic graphics with real-time ray tracing.

Cross-generation compatibility is great news for the tens of millions of Xbox One owners out there, since they won’t have to buy an Xbox Series X to play the new Halo game. But there’s also a potential downside. Across both generations, the full Xbox “family of devices,” as Booty put it, runs the gamut from the launch Xbox One all the way up to the Xbox Series X. In an interview with GameSpot, Xbox head Phil Spencer said that the Xbox Series X offers “over eight times the GPU power of the Xbox One.”

If first-party developers have to design a game that can be played on such a wide range of hardware, is there a risk that their ambition will be hampered by a scope that’s limited to the capabilities of the Xbox One? Could they do more if they weren’t restricted by the constraints of supporting what will be a 7-year-old console by the time the Xbox Series X launches, and were able to focus solely on next-gen hardware? (Microsoft has yet to comment on numerous reports of a second next-generation model, but the long-rumored console, codenamed “Lockhart,” is said to be a less powerful version of the Series X.)

Well, for one thing, this isn’t a problem in PC gaming, which is much more of a continuum. All kinds of games that are more than a decade old are still playable on modern systems. And new games are designed to be scalable, so that computers with older components can still handle them. Booty himself pointed to this, saying that the Xbox ecosystem will work “sort of like PC [gaming].”