Archives
« PlayStation 5 dev kits have leaked and they’re that ugly shape that was rumored, friends
‘Black Widow’ Trailer: Oh hey shit this movie seems to have some dope action! » 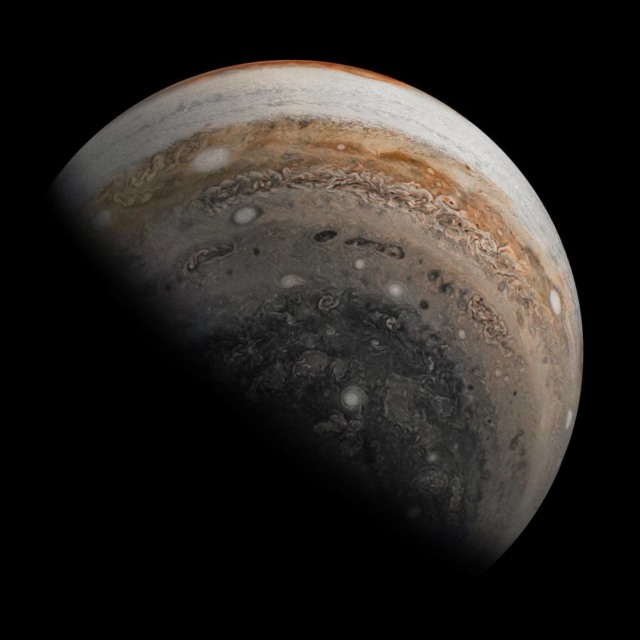 NASA’s Juno spacecraft caught this gorgeous image of Jupiter! It was taken as the spacecraft sped away from the big gaseous bastard, and provides a look at its southern hemisphere.

Just after its close flyby of Jupiter on Nov. 3, 2019, NASA’s Juno spacecraft caught this striking view of Jupiter’s southern hemisphere as the spacecraft sped away from the giant planet. This image captures massive cyclones near Jupiter’s south pole, as well as the chaotic clouds of the folded filamentary region — the turbulent area between the orange band and the brownish polar region.

JunoCam’s raw images are available for the public to peruse and process into image products at
https://missionjuno.swri.edu/junocam/processing.