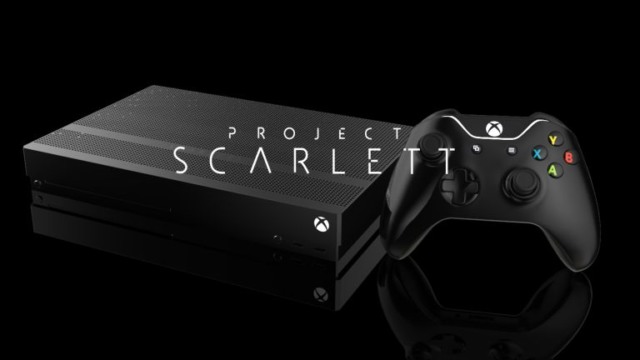 Let’s get it out of the way, you fucking pendants. Surely, some people are asking for VR. But, I’m in support of Microsoft’s decision not to do VR on Project Scarlett. Why? It’ll let the fuckers concentrate on why people buy a new XBOX: the fucking games. It’s a refreshing refocus. You know, after trying to be a jack-of-all-trades at the beginning of this console cycle with a fucking Kinect, and a TV tuner, and other bullshit.

Phil Spencer, Xbox head honcho, said in a recent interview that Microsoft has no plans to push Xbox Scarlett into the virtual reality space — because apparently no one is waiting for them to do so.

Spencer, speaking with Stevivor, was in part responding to a derisive remark he’d made in 2016, in which he dismissed VR available at the time as “demos and experiments.” While he said he doesn’t mean to diminish the work of VR developers, he said he still has reservations about what VR means for gamers:

I have some issues with VR — it’s isolating and I think of games as a communal, kind of together experience. We’re responding to what our customers are asking for and… nobody’s asking for VR. The vast majority of our customers know if they want a VR experience, there’s places to go get those. We see the volumes of those on PC and other places.

We’re used to companies not ruling anything out, if only because heaven forbid one console appear to be falling behind its competition. So for an Xbox exec to outright say it’s not in the cards for his company sounds unusual, but let me put this thought to you: would any of us blink if it was someone from Nintendo saying it?

For all the VR is pushed as the wave of the future in gaming, it’s still something with a high bar for entry and prohibitively expensive to develop for. Xbox is not only working on a new console generation, it’s also trying to get a cloud gaming service off the ground — I wouldn’t be surprised if it’s just plain run out of back burners. Microsoft already said last year that it wasn’t working on adding its Mixed Reality functionality to Xbox One, instead focusing on bringing it to desktop — it’s apparently just continuing that policy for the Scarlett.

Spencer also said part of the problem is that “nobody’s selling millions and millions” of headsets, but there at least he may not be strictly accurate. Sony has reportedly sold millions of its PSVR units, while Facebook reports several hundred thousand Oculus units sold over the last year. It’s not exactly a quick earner, but it’s not doing too shabbily either.

Still, nothing about what he’s said leads me to think Xbox will forgo VR forever. Hopefully we’re working towards a time when it’s as common as Xboxes and PlayStations are — otherwise what’s the point? And if it gets to that, Microsoft will undoubtedly leap onto the bandwagon.