‘Sin City’ TV series coming with Robert Rodriguez in talks to join project. Could be great! Could be ass! 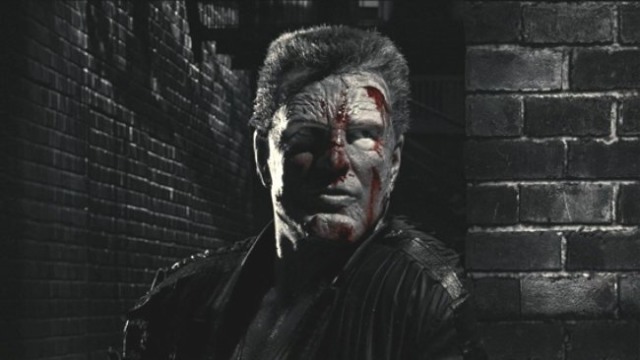 I fucking loved Sin City back in the day. Then, I tried to rewatch it. Don’t, don’t do it. It just ain’t the same. But, I’m still down for a TV series. Let’s see how it goes!

The idea for a Sin City TV show has been kicking around Hollywood since 2013, but it looks like it’s finally going to happen. Frank Miller, who created the graphic novels on which the two hyper-stylized noir films were based, has signed a deal with Legendary Television to adapt the franchise into a TV show, and Robert Rodriguez – who co-directed the two Sin City movies alongside Miller – is in negotiations to come on board. And from the sound of it, this may not be the only Sin City series that’s in our future.

Deadline brought word of the deal between Miller and Legendary, saying “the deal on the table is for Legendary to guarantee a first season of the show, contingent on them setting it up with a network or streaming platform. The deal with Miller also calls for a hard R animated series for a Sin City prequel based on Miller’s graphic novels.” The wording in their piece is slightly unclear, but it sounds like there are two separate projects here: a live-action Sin City show which will presumably repeat the visual aesthetic established in the two movies, and then a hard R animated show in addition to that.

If the deal goes through with Rodriguez, he and Miller will be executive producers on the show(s?) along with Legendary Television, while Stephen L’Heureux, a producer of Sin City: A Dame To Kill For, will join as a producer and Silenn Thomas, who heads Miller’s production company, will also produce.

If you’re surprised this hasn’t happened already, it’s not for a lack of trying. Back in 2013, The Weinstein Company was working on a show that would reunite Miller and Rodriguez, but that version remained in development hell. Four years later, Glen Mazzara (The Walking Dead) and director Len Wiseman (Live Free or Die Hard) were attached to a reboot that would have introduced new characters and storylines. That version never materialized, either.

But Sin City‘s anthology format seems much better suited for television than the big screen, where the inventive green screen visual effects from the original 2005 film failed to remain impressive to audiences nine years later in 2014’s Sin City: A Dame to Kill For. It’s clear that Miller and Rodriguez know how to translate that eye-popping style from the comic to the screen, so maybe the TV format, where each story in this violent, dirty, neo-noir world can breathe a bit more, will be the right medium for this property.