Archives
« Astronauts have bioprinted beef in space for the first time. Look at that headline! Fucking wild.
No stream tonight, October 12! Going to SportsGame Home Opener! » 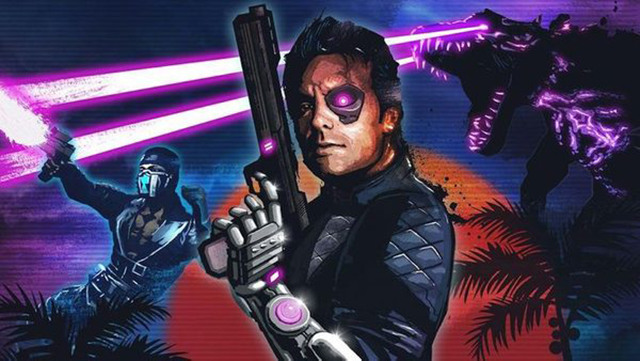 Far Cry 3: Blood Dragon is a wonderful little niche of retro appreciation. That said, it works because it doesn’t overstay its welcome. An animated series? Could very much be counted as overstaying its welcome. But, wait! The fucking Castlevania producer is involved? I’m…I’m listening.

Ubisoft is adapting franchises like Rayman, Far Cry, and Watch Dogs into multiple animated series, according to a report from The Hollywood Reporter. Some of those shows will apparently take intriguing liberties with their source materials, such as a toned-down Watch Dogs aimed at pre-teens.

The plans include family-friendly animated shows based on Ubisoft’s Rabbids, Rayman, and the Hungry Shark games. The Watch Dogs spinoff, described as a “cybermystery,” looks quite different from the realistic and often very violent video game series; cartoonish concept art features a pre-teen girl standing in the halls of Ada Lovelace Middle School, with her hacker alter ego reflecting in the floor below her.

For more mature audiences, Ubisoft is reportedly making a show called Captain Laserhawk: A Blood Dragon Vibe, based on the neon-lit Far Cry 3 spinoff, Blood Dragon. That series is being created in partnership with Adi Shankar, the producer of Netflix’s Castlevania and the upcoming Devil May Cry animated series.

Captain Laserhawk, The Hollywood Reporter says, will “form a multiverse with other Ubisoft titles.”

The series are being produced by Ubisoft’s film and television group.

Ubisoft has adapted some of its properties, including Prince of Persia and Assassin’s Creed, into Hollywood motion pictures. The company is also working with Netflix to adapt Tom Clancy’s The Division series into a film starring Jake Gyllehnhaal and Jessica Chastain.