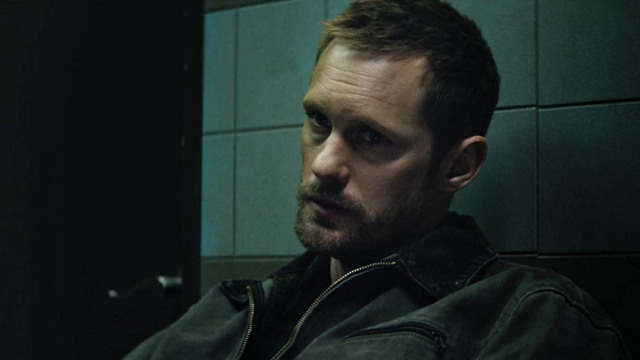 I like Alexander Skarsgard. I suspect I’d really enjoy The Stand. That fucking said? I have no idea if casting him as Randall Flagg is a good call. Someone else weigh-in!

Yet another Skarsgard has joined the Stephen King adaptation universe. Alexander Skarsgard, brother of Bill “Pennywise” Skarsgard, has signed on to the cast of the CBS All Access adaptation of The Stand. Skarsgard will be playing Randall Flagg, the big bad of the epic apocalyptic saga. Skarsgard joins a cast that includes James Marsden, Amber Heard, and Whoopi Goldberg, with Josh Boone directing.

Collider broke the news on Alexander Skarsgard joining The Stand TV series cast as Randall Flagg. Flagg is one of King’s most iconic villains – a character who has appeared not just in The Stand, but also The Dark Tower saga and The Eyes of the Dragon. In The Stand, a superflu kills off 99 percent of the world’s population. The survivors then slowly band together under two distinct groups – a good group under the guidance of the elderly Mother Abigail (Goldberg), and an evil group lead by Flagg, who sets up shop in Las Vegas.

Here’s how King described Flagg in The Stand:

“He looks like anybody you see on the street. But when he grins, birds fall dead off telephone lines…the grass yellows up and dies where he spits. He’s always outside. He came out of time…He has the name of a thousand demons. Jesus knocked him into a herd of pigs once. His name is Legion. He’s afraid of us…He knows magic. He can call the wolves and live in the crows…He’s the king of nowhere.”

Skarsgard can bring a great intensity to his roles – see his recent, mostly silent turn in Hold the Dark for a great example of this. His casting here makes sense, and it’s somewhat fascinating that two of Stephen King’s most notorious baddies – Pennywise and Randall Flagg – will now be played by two of the Skarsgard brothers. Now some King adaptation needs to throw father Stellan Skarsgard a bone.

In addition to Alexander Skarsgard, The Stand TV series cast will feature James Marsden as hero Stu Redman, Amber Heard as Nadine Cross, Odessa Young as Frannie Goldsmith, Jovan Adepo as Larry Underwood, Owen Teague as Harold Lauder, Brad William Henke as Tom Cullen, Daniel Sunjata as Cobb, and Henry Zaga as Nick Andros. Marilyn Manson is also rumored to have a part somewhere in the show, although the specifics of that role have yet to be revealed.

The Stand was previously adapted into a miniseries in 1994, with King writing the script and Mick Garris directing. Director Josh Boone is co-writing the script for this new take with Ben Cavell. A new take on The Stand has been a long time coming. At one point, Ben Affleck was attached to direct a big-screen adaptation, but it never materialized. Once Boone became involved, there were plans to make either a TV miniseries that would lead into a feature film, or a whole series of movies to encompass King’s hefty tome. Eventually, the project ended up as a series for CBS All Access.