Archives
« Watch: Check out this timelapse of the Milky Way with the sky held motionless and the Earth rotating
‘Breaking Bad’ movie is called ‘El Camino’ and follows Jesse on the run. Pump this into my fucking soul! » 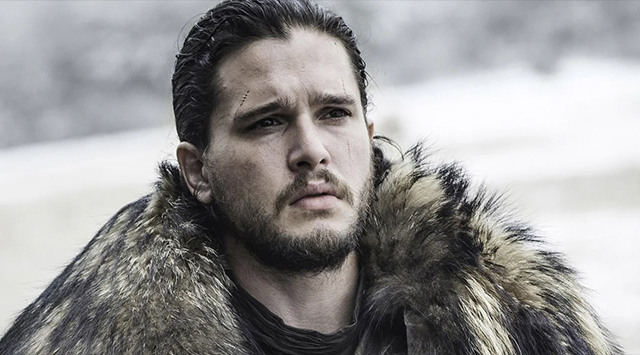 I know pretty much absolutely fuck-all about The Eternals. Thus, it shouldn’t be a surprise when I tell ya I have no idea about Black Knight. However, I do know Kit Harington. The stone-faced mopey dude from Game of Thrones. Never really been impressed with dude’s chops. But, the rest of the cast is so fucking stacked that I don’t really fret this casting.

Well, that didn’t take long! Yesterday, we learned Game of Thrones star Kit Harington was signing on to the Marvel Cinematic Universe in a mystery role, and as of today’s Marvel presentation at D23, the mystery is over! Harrington has signed on to co-star in Eternals. And the actor is taking on a very familiar role for comics readers: Dane Whitman, aka, Black Knight.

While the character is not an Eternal himself, Whitman has a wild and fantastical backstory befitting a film about the otherworldly heroes. Per his comics history, after inheriting a family castle, Dane discovers his uncle’s villainous past, gained a powerful/cursed sword, and kicked off a heroes journey that takes him on some fantasy-fuelled adventures through time, space, and realities.

He also has a strong connection to one of the better-known Eternals; Sersi (who will be played by Gemma Chan, as was also announced in the D23 panel,) with whom had a long, storied, and fairly cosmic romantic relationship. The pair even went into exile together during a particularly dark point for Sersi.

The other highlight here, of course, is the fact that Eternals now boasts not one, but two Kings in the North. Harington joins fellow former Thrones star Richard Madden in the cast. Madden plays the Eternal Ikaris. The rest of the all-star cast includes Angelina Jolie as Thena, Kumail Nanjiani as Kingo, Lauren Ridloff as Makkari, Brian Tyree Henry as Phastos, Salma Hayek as Ajak, Lia McHugh as Sprite, and Don Lee as Gilgamesh.