Archives
« Kit Harington joins ‘The Eternals’ cast as Black Knight and I know nothing about this fucking dude
‘El Camino: A Breaking Bad Movie’ Trailer: Skinny Pete ain’t snitching on Jesse, yo! »

‘Breaking Bad’ movie is called ‘El Camino’ and follows Jesse on the run. Pump this into my fucking soul! 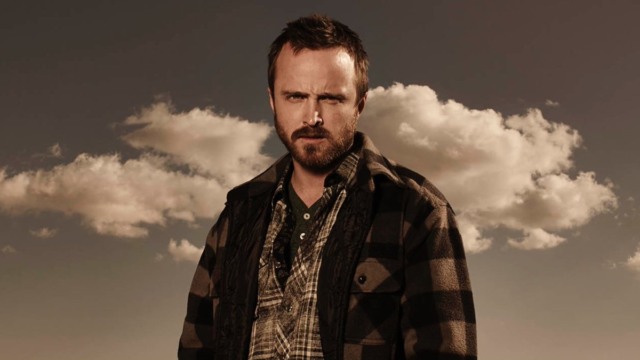 Whoops! Motherfucking Netflix accidentally leaked the title and plot of the Breaking Bad movie! Titled El Camino, it is going to follow Pinkman on the fucking run. I need this shit. Now.

The adventures of the hapless Jesse Pinkman will seemingly continue in Netflix’s El Camino: A Breaking Bad Movie, a placeholder image has revealed. Reddit user saddadstheband apparently posted a screenshot revealing it’ll portray Aaron Paul’s Pinkman, one of the AMC show’s heroes, fleeing from “his captors, the law and his past” in the wake of the series finale, with series creator Vince Gilligan writing and directing,

The page has since been taken down, but the leak adds fuel to a February report saying the Breaking Bad movie will air on both Netflix and AMC. The show, which ran from 2008 to 2013, focused Bryan Cranston’s Walter White, a chemistry teacher turned meth cook, and Paul was his former student turned partner.

“I find it hard to believe you don’t know it was shot,” he said. “They did it. You know what I mean? How is that a secret? But it is. They’ve done an amazing job of keeping it a secret.”

Netflix didn’t immediately respond to a request for comment. 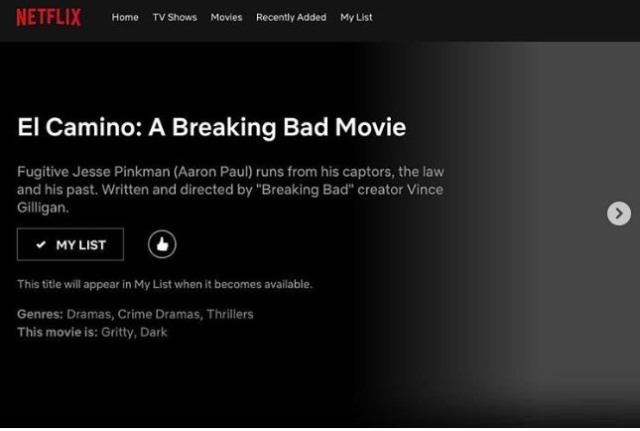