Archives
« Weekend Open Bar: We Must Adapt Ourselves to the Requirements of Chaos
Leaked: ‘The Rise of Skywalker’ footage from D23. Blink and you’ll miss it, but still! » 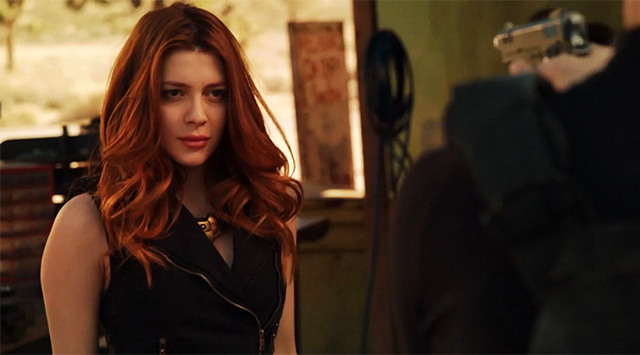 I ain’t familiar with Elena Satine. But, she’s been cast as none other than Julia in that Cowboy Bebop adaptation. An adaptation that I quite truthfully keep forgetting is happening. Here’s hoping! Here’s hoping.

The “Cowboy Bebop” live-action series at Netflix is adding another player to its cast.

Satine’s will play Julia who is described as “a sultry beauty with a voice to die for, the dream-like object of Spike Spiegel’s (Cho) desire” who struggles to survive in a violent world.

Netflix picked up “Cowboy Bebop” for 10 episodes back in November. The series is described as the jazz-inspired, genre-bending story of Spike Spiegel, Jet Black, Faye Valentine and Radical Ed, a rag-tag crew of bounty hunters on the run from their pasts as they hunt down the solar system’s most dangerous criminals. They’ll even save the world for the right price.

Shinichiro Watanabe, director of the original anime, will serve as a consultant on the project. Christopher Yost, who previously penned “Thor: The Dark World” and “Thor: Ragnarok”, will write the first episode and executive produce. Andre Nemec, Josh Appelbaum, Jeff Pinkner, and Scott Rosenberg of Midnight Radio will serve as executive producers. Yasuo Miyakawa, Masayuki Ozaki, and Shin Sasaki of Sunrise Inc.– the studio behind the original series–will also executive produce along with Marty Adelstein and Becky Clements of Tomorrow Studios, Tetsu Fujimura, and Matthew Weinberg.

The series is a co-production between Netflix and Tomorrow Studios, with Netflix handling physical production.

Satine is repped by Mosaic, ICM and Bloom Hergott.