Archives
« Microsoft ain’t working on a streaming-only Xbox, despite what we all heard this year. Personally? I don’t give a shit.
‘Birds of Prey’ getting new action sequences courtesy of ‘John Wick’ director. This is ineffably fucking awesome, dudes »

‘Mortal Kombat’ reboot adds ‘Black Mirror’ actor Ludi Lin as Liu Kang. Should we be stoked for this movie yet? Or nah? 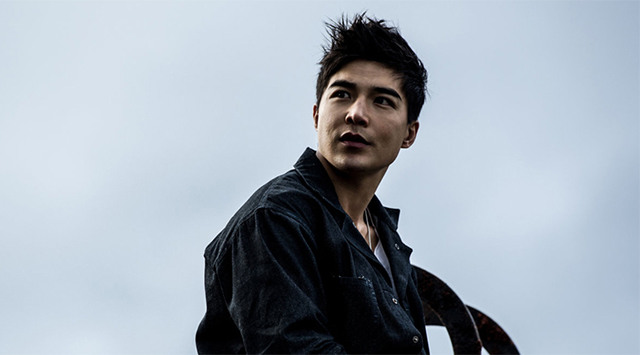 I want to be excited for the Mortal Kombat movie. Like, a lot. Are they ever going to top Christopher Lambert as Raiden? Of course not. But the casting for this shit seems to be shaping up so far. First, it was The Raid star Joe Taslim as Sub-Zero. And now? Black Mirror actor Ludi Lin as Liu Kang.

Mortal Kombat was the fighting game franchise that distinguished itself as the ostentatiously ultraviolent Chinese grindhouse-inspired alternative to the cartoony quarter-munching of the Street Fighter franchise, notably with its over-the-top characters. However, its de facto main character has been, for the most part, the ascetic and honorable chopsocky Shaolin monk warrior, Liu Kang. Consequently, it’s probably big news that the upcoming Mortal Kombat reboot movie has found the actor who will play the crucial (k)ombatant.

Ludi Lin is in negotiations with New Line Cinema to pull off the proverbial fatality of landing the role of Liu Kang in the Mortal Kombat reboot film, reports Variety. While the Chinese-Canadian actor may not yet be a household name, he’s coming off some prominent roles, most notably the much-discussed “Striking Vipers” episode of Netflix’s Black Mirror, in which he played one of the VR fighting game character avatars used by two best friends for a certain activity other than fighting.

As implied earlier, Liu Kang is essentially the main character of the Mortal Kombat franchise, having debuted in the first game, which was released in 1992. With his kung fu style and obligatory screams of “whaaaaa!,” it’s not exactly hard to see that he’s essentially a Bruce Lee stand-in. However, the backstory of the games usually center on the hero’s journey of Liu, from defeating the evil shapeshifting wizard Shang Tsung (whose casting we anxiously await), to defending the Earth against invaders from the realm of Outworld and the its evil emperor Shao Kahn. Indeed, 1995’s original Mortal Kombat movie (and its 1997 sequel,) portrayed Liu Kang (as played by Robin Shou,) as the central character amongst an ensemble of game-inspired fighters.

Besides the headline-making Black Mirror appearance, our would-be reboot Liu Kang, Lin, also fielded an appearance (albeit in unrecognizable form,) in the DC movie hit, Aquaman, and brings “reboot of popular ‘90s properties” cred for having played Zack, the Black Ranger, in the 2017 Power Rangers reboot. He also appeared in films In A New York Minute and Monster Hunt, and first blipped Netflix’s radar appearing in an episode of its Marco Polo.

Director Simon McQuoid is the big chair for the Mortal Kombat reboot movie, which serves as his feature debut. McQuoid will be working off a script by up-and-coming screenwriter Greg Russo, who’s also attached to another video game movie reboot, this time for Resident Evil, as well as a weather-related actioner titled Category 6.