Archives
« Dickhead vanilla-fart streaming star Ninja moving from Twitch to Mixer. Anything to get him out of the spotlight, IMO
Astronomers have found that the Milky Way Galaxy is “warped and twisted” just like its inhabitants » 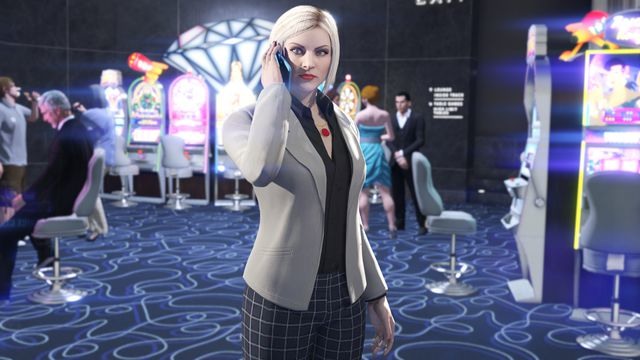 I’m spellbound by Grand Theft Auto Online. Like, I find the persistent, enormous player base to be interesting as fuck. And the people dedicated to role-playing? Also dope. So, while I’m not playing it, I find the news surrounding this latest update pretty fucking cool.

Rockstar would not share official player counts, but the main game, Grand Theft Auto V, from which the online mode stems, has sold 110 million copies globally and an in-game census from 2014 showed GTA Online boasted over 33 million active players.

GTA Online is the online component of Rockstar’s Grand Theft Auto V, which first launched Sept. 17, 2013. Since its official release, GTA V has become the highest-grossing media title of all time, soaring past $6 billion in its lifetime.

The new online update opened the doors of the Diamond Casino, which has been a building in GTA Online’s in-game world since launch. In addition to new narrative elements (which center on a gangster party boy named Tao Cheng and corrupt Texan oil and gas family), the casino update introduces private, customizable penthouse suites players can purchase that house their own private screening rooms, bars and playable arcade games; exotic car shows in the casino’s parking garage; an outdoor roof terrace that sports a luxurious infinity pool and views of the Los Santos city skyline; and, of course, gambling games such as blackjack, roulette and more.

The Diamond Casino update, which is free for GTA Online players, offers a “social space” for players, something Rockstar had explored in previous updates such as last year’s After Hours content, which introduced in-game social activities such as dancing and clubbing to the game. The casino update expands upon that theme by offering players the chance to host parties in their penthouse or dance the night away at the resort’s nightclub.

Six new story missions are available through the Diamond Casino update, as well as 16 new Freemode missions (competitive gameplay modes that do not require players to load them separately or join existing parties). A slew of new in-game content is also coming to the casino this week.