Archives
« ‘The Lighthouse’ Trailer: The director of ‘The Witch’ brings his haunting touch to a remote island (in my homeland)!
‘Mindhunter’ Season 2 Trailer: The Summer of Manson continues on, plus Son of Sam! » 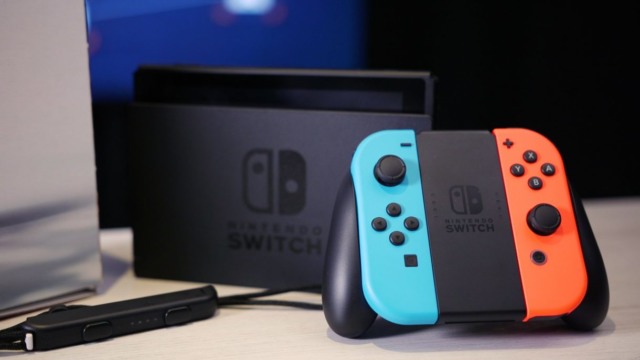 The Nintendo Switch is an successful motherfucker. Yes, we knew that. But, how fucking successful? It’s lifetime sales pace is keeping up with the PlayStation 4, which has been an absurdly popular console.

Nintendo revealed during its fiscal quarter earnings report today that it has now sold 36.87 million Switch systems. The Switch debuted on March 3, 2017. This is tracking on par with the PlayStation 4, according to Niko Partners senior analyst Daniel Ahmad.

Nintendo sold 2.13 million Switch machines during the quarter, a period that ended on June 30. The next quarter could be a big one for Nintendo, as July had two major exclusives release on the console: Marvel Ultimate Alliance 3 and Fire Emblem: Three Houses. The Switch Light, a cheaper, portable-only version of the system, debuts on September 20.

The introduction of a new, less expensive Switch model should help push sales leading into the lucrative holiday season. Nintendo also has two more big exclusives coming out before the end of the year: Luigi’s Mansion 3 on October 31 and Pokémon Sword and Shield on November 15.

Super Mario Kart 8 Deluxe is the most successful game on the Switch, having sold 17.89 million copies. Super Mario Odyssey is next with 14.94 million, followed by Super Smash Bros. Ultimate at 14.73 million. The Legend of Zelda: Breath of the Wild comes in at No. 4 with 13.61 million copies sold, while Pokémon Let’s Go Pikachu and Let’s Go Eevee round out the over-10-million-sold club at 10.98 million. Total software sales for the Switch rest at 210.13 million.

Super Mario Maker 2, which came out right at the end of the quarter on June 28, has already sold 2.42 million copies.

Outside of reporting sales and earnings, this is a big day for Nintendo. It also announced that the newest DLC character for Super Smash Bros. Ultimate, the Dragon Quest Hero, will be available today. Obsidian also revealed that its anticipated role-playing game The Outer Worlds will be coming to the Switch.