Archives
« Rumor: Naughty Dog has a new IP in development for PlayStation 5 and I’m fucking here for it
Two ‘Mad Max’ sequels and a ‘Furiosa’ movie still being developed, according to Miller himself »

‘The Expanse’ Season 5 ordered by Amazon, who better see this shit through now 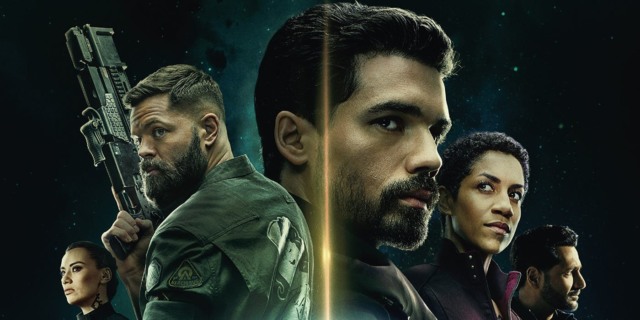 Amazon has already renewed The Expanse for a fifth season. And, now that the company has saved the show, I have a simple demand. See the series through until the end. Like, don’t save it to nix it mid-story yet again. If this news is any indication? It’s looking good that my demand is met.

Amazon already saved The Expanse, and now they’ve decided to keep this train moving right along. The fourth season hasn’t even arrived yet – it won’t until December – but Amazon has gone ahead and ordered The Expanse season 5. The series originally ran on Syfy, where it amassed a passionate following. And it was strong enough for Amazon to swoop in and rescue the canceled series.

The Expanse season 4 will premiere on Friday, December 13, 2019, exclusively on Amazon Prime Video in more than 200 countries and territories worldwide. This approaching season “begins a new chapter for the series with the crew of the Rocinante on a mission from the U.N. to explore new worlds beyond the Ring Gate. Humanity has been given access to thousands of Earth-like planets which has created a land rush and furthered tensions between the opposing nations of Earth, Mars and the Belt. Ilus is the first of these planets, one rich with natural resources but also marked by the ruins of a long-dead alien civilization. While Earthers, Martians, and Belters maneuver to colonize Ilus and its natural resources, these early explorers don’t understand this new world and are unaware of the larger dangers that await them.”

And now fans have even more to look forward to, as Amazon has gone ahead and renewed the show already. Viewers can breathe easy knowing that there will be at least one more season of the science fiction series. The Expanse is based on the novels by James S.A. Corey, and was developed and scripted by writing duo Mark Fergus and Hawk Ostby who executive produce season 4 along with Naren Shankar, Andrew Kosove, Broderick Johnson, Laura Lancaster, Sharon Hall, Sean Daniel, Jason Brown, Daniel Abraham, Ty Franck and Dan Nowak. Shankar serves as showrunner for all seasons.

“We couldn’t be more excited that The Expanse is going to continue on Amazon Prime!” said Alcon Entertainment Co-Founders and Co-CEOs Andrew Kosove and Broderick Johnson when Amazon rescued the show. Alcon fully finances and produces. “We are fully aware that this wouldn’t have been possible if it wasn’t for the staggering outpouring of support from the most creative, hardest working sci-fi fans around the world. From Reddit campaigns to airplanes, we say thank you. It worked!”