Archives
« ‘Avengers: Endgame’ becomes highest-grossing movie of all time as Disney defeats Disney to stick it to Disney
‘Blade Runner’ star Rutger Hauer has passed away at the age of 75. Major bummer. »

Janelle Monáe starring in ‘Homecoming’ season 2, but what about Esmail directing again, yo, what about him?! 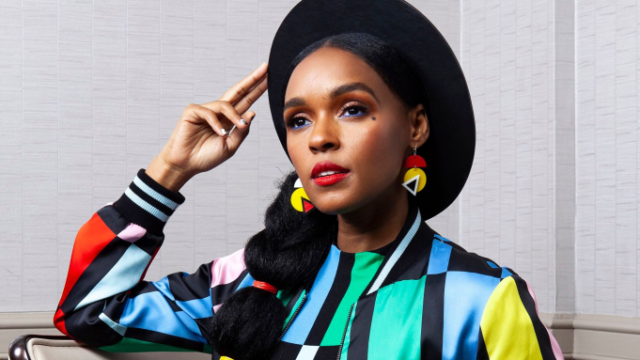 I’m stoked that Janelle Monáe is going to be starring in Homecoming‘s season 2. However, any word on Sam Esmail? Dude directed the entire first season, and absolutely crushed it.

Amazon has found a worthy replacement for Julia Roberts in the upcoming second season of Homecoming.

Actress-singer Janelle Monáe will take over the leading role in the drama from exec producer Sam Esmail (Mr. Robot). AsThe Hollywood Reporter previously reported, Roberts only had a one-season deal for the series.

Monáe will portray a tenacious woman who finds herself floating in a canoe, with no memory of how she got there — or even who she is. Season two will further explore the storyline that was teased in the season one finale post-credits scene that featured Colin Belfast (Bobby Cannavale) and his newly minted Geist Group superior Audrey Temple (Hong Chau) squaring off, with Audrey calming her nerves with a mysterious medicine after the encounter. It suggests creators’ Micah Bloomberg and Eli Horowitz’s continued interest in exploring the world of Homecoming, albeit without Heidi (Roberts) and Walter (Stephan James) as the central characters.

Homecoming was Roberts’ first TV series regular role. Her deal was a one-season commitment based purely on the Amazon drama’s creative storyline. That said, Roberts — who many in the industry observed was among the biggest snubs in this month’s Emmy nominations — will still remain involved as an executive producer alongside showrunner Esmail on the Universal Cable Productions series that landed at Amazon with a two-season commitment.

Monáe is a Grammy-nominated singer-songwriter, producer and actress. Her credits include Moonlight and Hidden Figures. She will next take on the role of Lady in the Disney+ live-action feature take on Lady and the Tramp and appear in Focus Features’ Harriet Tubman biopic. She’s repped by WME, Wondaland Management and Ziffren Brittenham.