Archives
« ‘Akira’ is getting a *new* anime series and a 4K remaster. Weird times, but I’m intrigued
Russia is planning to 3D print a Moon base. How very fucking futuristic of ya’ll, I dig it. »

‘Nintendo Switch Lite’ is a cheaper, handheld-only version of the console. Dropping September 20! 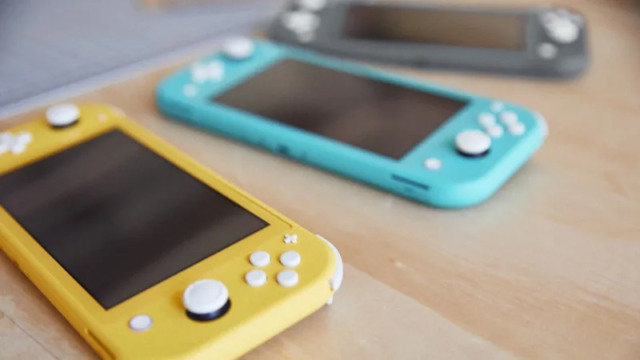 Man, I sold my Switch. And, I shouldn’t have. I fucked up, okay! I sold it, and now I miss it. So, I’m patiently waiting for Nintendo to announce their Switch Pro or some shit. They ain’t done that today, but they have announced a new iteration. The Switch Lite, which is pretty much a handheld console. You know, with a fantastic library.

It is also a slightly smaller piece of hardware. Compared to the regular Switch, which measures 4 inches high and 9.4 inches long, the Switch Lite is 3.6 inches high and 8.2 inches long. The Lite’s touch screen is also slightly smaller (5.5 inches compared to the regular Switch’s 6.2-inch touch screen). The Lite, however, does have a longer battery life and a D-Pad instead of directional buttons.

Size is not the only difference. Unlike the regular Switch, it will not feature detachable Joy-Con controllers or a kickstand, and it won’t support TV mode. The Lite also does not come with with a Switch Dock.

For games that do not support handheld mode, players can wirelessly connect compatible controllers (sold separately) to Nintendo Switch Lite. If using separate Joy-Con controllers, users will need to have a device to recharge them, such as the Joy-Con Charging Grip.