Archives
« Space Swoon: Mars sports a gorgeous crater from a recent impact
A ‘Spider-Man’ comic miniseries is coming from J.J. Abrams and his son. Yeah, his son. Insufferable times two. »

Kevin Feige confirms he wants Keanu Reeves for a Marvel movie. The only question is, what role? 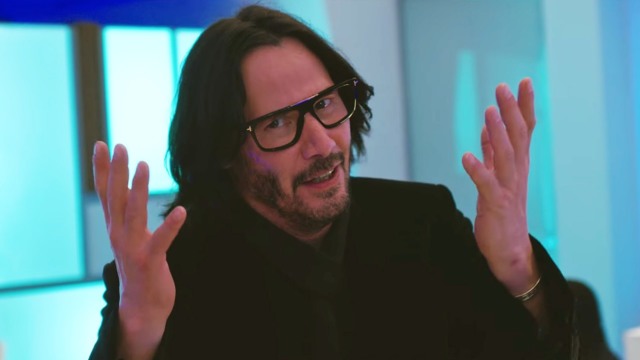 This week, Kevin Feige confirmed the most glorious of news. Dude wants Keanu Reeves in the Marvel Cinematic Universe. The only wrinkle? Finding him the right role.

After plenty of rumors, Kevin Feige finally confirmed that talks have taken place with Keanu Reeves about joining the Marvel Cinematic Universe.

The Marvel Studios president discussed the studio’s future plans with Comicbook.com during a press tour for Spider-Man Far From Home in London, and when asked if Marvel was talking to Reeves for anything, Feige replied, “We talk to him for almost every film we make. We talk to Keanu Reeves about… I don’t know when, if, or ever he’ll join the MCU, but we very much want to figure out the right way to do it.”