Archives
« Kevin Feige confirms he wants Keanu Reeves for a Marvel movie. The only question is, what role?
‘Bill and Ted 3’ casts ‘Barry’ co-star Anthony Carrigan as its villain. Hell yes. »

A ‘Spider-Man’ comic miniseries is coming from J.J. Abrams and his son. Yeah, his son. Insufferable times two. 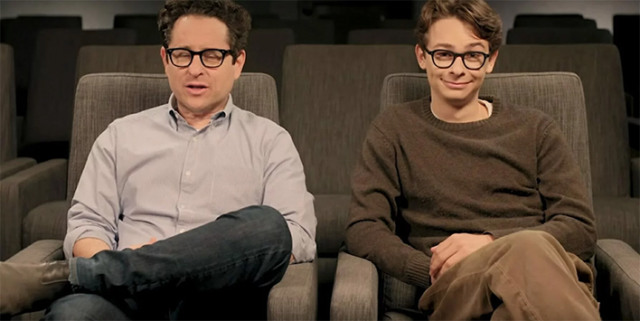 Nothing like a nice, young-ass shit head getting a break into comics because of his fucking insufferable dad. Just look at that fucking smug face.

Yesterday, we reported on Marvel’s big announcement that J.J. Abrams will co-write a Spider-Man comic with his 20-year-old son Henry Abrams, in September, with artist Sara Pichelli and colorist Dave Stewart. Or, as we put it:

It can take decades of hard work to make a name for yourself in the comic book industry, rising through the ranks until you finally have a chance to produce stories about one of the industry’s prestigious flagship characters. Or, you could just be a famous movie director and his 20-year-old son and skip right to the big time. *cue America the Beautiful*

While Marvel is clearly excited to get J.J. Abrams’ name on a comic, something they’ve been chasing down for at least ten years, Abrams appears to be simply discussing the outline with his son, who will do the actual writing of the comic.

It’s been wild for me from having worked with writers for many years to work with my son on something and to get pages back after we’ve talked through an outline.

Henry Abrams has no comic writing experience and even acknowledged the “undeniable privilege” of getting a highly coveted gig writing one of the most popular characters in the world for the number one comic book publisher purely because of who his father happens to be in his interview with the New York Times.