Archives
« A ‘Spider-Man’ comic miniseries is coming from J.J. Abrams and his son. Yeah, his son. Insufferable times two.
Japan is sending a rover to the Martian moons Phobos and Deimos. I’m so fucking hype about this! » 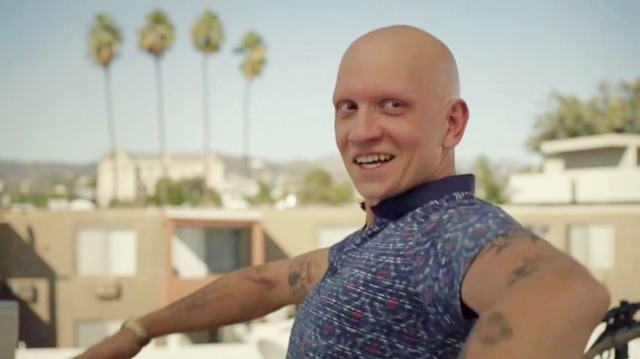 In absolute fucking perfect casting news, Bill & Ted Face the Music has added Anthony Carrigan as its villain. If you’re not familiar with the actor? It’s because you’re a scrub ass who doesn’t watch Barry, where he rules. Up your fucking game. Figure it out.

Carrigan is one of the breakout stars of Bill Hader’s HBO series Barry and now he’s joining Bill S. Preston, Esquire and Ted “Theodore” Logan in Bill & Ted Face the Music, the third Bill & Ted movie, which is now filming for an August 21, 2020 release. He’ll play a “relentless adversary” of the characters, who are once again played by Alex Winter and Keanu Reeves.

“Relentless adversary,” huh? That, plus the bald head, plus William Sadler returning? It’s gotta be in some way related to Death from Bill & Ted’s Bogus Journey, right? Or is that just what the filmmakers want us to think?

Here’s what the long-in-development third Bill & Ted movie is about:

Yet to fulfill their rock and roll destiny, the now middle-aged best friends set out on a new adventure, when a visitor from the future warns them that only their song can save life as we know it and bring harmony to the universe. Along the way, they will be helped by their daughters, old friends, a new batch of historical figures, and a few music legends.