Archives
« ‘Zelda: Breath of the Wild’ Sequel Announcement Trailer: The title that made everyone but me orgasm is getting a follow-up, obviously.
In Japan, Domino’s has a pizza with two-pounds of cheese. The fuck we waiting for, United States? »

‘Panzer Dragoon’ remake heading to Nintendo Switch. For fuck’s sake, why did I sell my console again? 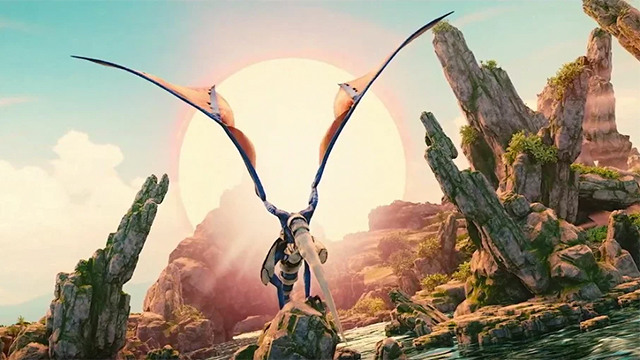 Son of a bitch. I really shouldn’t have sold my Nintendo Switch. I admit it. Even though it was getting way less use than my other consoles, I shouldn’t have. I mean, a fucking Panzer Dragoon remake! Plus, that new PlatinumGames title! Fuck!

Nintendo showed off the remake of the first Panzer Dragoon during its Nintendo Direct at E3 2019. The first remade game will be released before the end of 2019, and will feature visuals completely redone for a modern audience and will also include several upgrades to the game’s controls that will make it easier for today’s fans to play and enjoy on the Nintendo Switch. The second game has been previously announced as well.

The first game deals with a hero who finds two dragons and a powerful weapon from the past, and has to ride one of the dragons to fight off hordes of enemies with either a lock-on weapon or a rapid-fire attack fired as the dragon flies around the environment while being attacked from all sides.

The first two Panzer Dragoon games gained a cult following on the Sega Saturn before the release of Panzer Dragoon Saga, a role-playing game that remains nearly impossible to find.

The visuals are certainly departure from the original release, but it looks great. The first updated Panzer Dragoon will be released this winter.