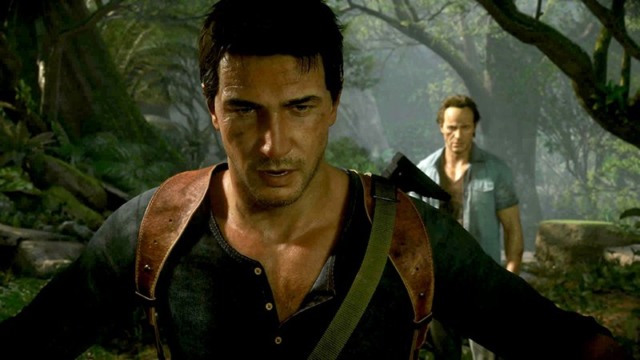 Wait, the Uncharted movie is really fucking happening? I mean, I guess I believe it? It’s starring Tom Holland. Which as much as I like the guy as Spider-Man is whatever. But, it’s being directed by the dude behind 10 Cloverfield Lane, Dan Trachtenberg. Which is dope.

Pencil me in for cautiously optimistic.

The movie adaptation of the hit video game franchise Uncharted has had such a steep and rocky road to the big screen that even its intrepid hero Nathan Drake would have trouble navigating it. But it looks like Uncharted has finally charted a course to theaters. Sony has set the Uncharted movie release date for December 2020, bringing the Tom Holland-starring adaptation swinging into theaters just in time for the holidays.

According to The Hollywood Reporter, Sony has set a December 18, 2020 release date for Uncharted, the video game adaptation starring Tom Holland as the devil-may-care treasure hunter Nathan Drake.

The Uncharted adaptation has been plagued by detours and unexpected halts, until two years ago when Holland joined the project reimagined as a prequel film about a younger Nathan Drake. In January, 10 Cloverfield Lane director Dan Trachtenberg boarded the project following the exit of Shawn Levy. The current draft of the screenplay is being penned by Jonathan Rosenberg and Mark Walker, but other than that, details are scarce on what the Uncharted will be about. With Holland at 23 years young, it’s unlikely the Uncharted movie will feature Nathan Drake as the grizzled veteran fans have come to know him as in the Naughty Dog video game, so an origin story of how he became the great treasure hunter is likely. Whatever the case, we’ll probably see lots of Indiana Jones-style antics, all while Holland’s young Nathan Drake spits out plenty of witty one-liners. It will be a real test of Holland’s box office draw outside of the Spider-Man and Avengers films, as Uncharted will be going up against Steven Spielberg’s big budget West Side Story remake, which Fox is opening the same day.

Along with the Uncharted movie release date, Sony announced a slew of other dates, including including an April 3, 2020 release for Kevin Hart and director Paul Weitz‘s Fatherhood, based on the memoir by Matt Logelin, who was left to raise his daughter alone following his wife’s death in childbirth. Kay Cannon’s Cinderella starring Camila Cabello in a musical-comedy reimagining of the fairy tale is also set to open on February 5, 2021. Meanwhile, Escape Room 2 has been pushed back from April 2020 to August 14, 2020.