Sony has a new TV and film division for adapting PlayStation games. Gimme that ‘God of War’ series, please! 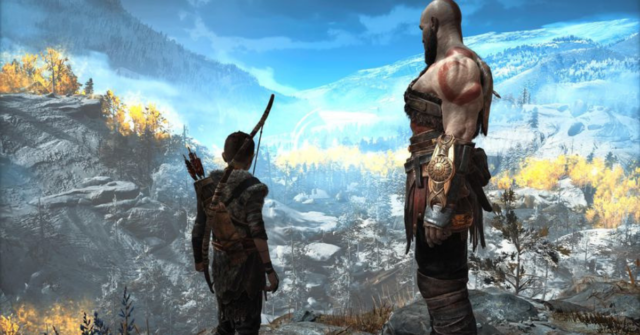 Sony has created a new TV and film division. Its task? To internally develop properties based off of the PlayStation catalog.

PlayStation Productions is being led by Asad Qizilbash, an 11-year veteran of Sony’s PlayStation marketing group, and overseen by Shawn Layden, chairman of SIE Worldwide Studios. The new production company will develop and produce projects internally, as opposed to licensing PlayStation properties out to external Hollywood studios, Qizilbash told The Hollywood Reporter.

Sony Pictures Studios will handle distribution of PlayStation Productions’ film and TV projects, which Qizilbash and Layden hope will give the PlayStation team time to find the right mediums and creative teams for its projects.

In all, PlayStation Productions says it has more than 100 game titles to choose from, but did not specify which properties it’s developing movies or TV shows around. Layden told The Hollywood Reporter the team has “looked at what Marvel has done in taking the world of comic books and making it into the biggest thing in the film world,” but did not commit to pursuing such an ambitious crossover cinematic universe.

Sony has pursued a small number of projects based on PlayStation properties. Insomniac Games’ Ratchet & Clank was adapted into an animated feature film in 2016, and the Uncharted franchise has flirted with film (with no success) for close to a decade. Sony even attempted to make a Gran Turismo movie, a project which has seemingly stalled.

PlayStation’s competitors are also working hard to bring their game properties to the big screen. Microsoft and its game studios have teamed up with Universal to adapt Gears of War, with Warner Bros. to adapt Minecraft, and with Showtime for a Halo TV series. Nintendo is similarly working with Illumination Entertainment on an animated Mario movie.