Archives
« ‘Mr. Robot’ creator jokes that final season is “one very long Christmas special” and I’m down for this!
Monday Morning Commute: Don’t ask me, I don’t know »

Sony signs Phil Lord and Chris Miller to oversee their Marvel TV universe. I care about this, only because of them 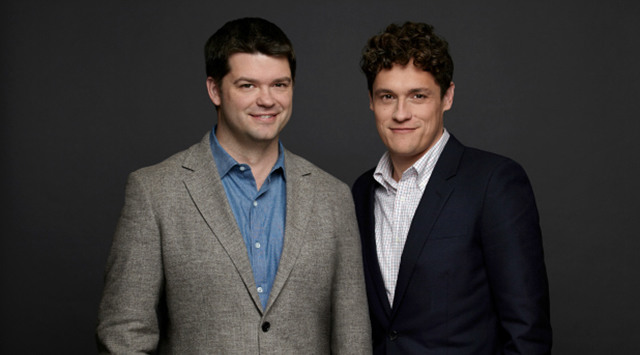 Sony has signed absolute fucking juggernauts Phil Lord and Chris Miller (Into the Spider-Verse, 21 Jump Street, LEGO Movie). The duo will be responsible for overseeing a Marvel TV universe for the company. And while the idea of another TV universe exhausts me, the presence of these two dudes has me excited.

Filmmakers Phil Lord and Chris Miller are leaving 20th Century Fox TV to set up a new overall deal at Sony Picture Entertainment, which includes overseeing a slew of TV shows based on Marvel Comics characters. Per THR, Lord and Miller have signed a five-year overall deal with Sony TV, where they will create and develop comedy and drama projects for broadcast, cable, and streaming as well as supervise other writers’ projects. As an addendum—and perhaps the most intriguing part of the deal—Lord and Miller will be involved in developing TV shows based on Sony’s universe of Marvel Comics characters.

You’ll recall that while Disney’s acquisition of Fox has now brought Marvel Comics like X-Men and Fantastic Four under the purview of Marvel Studios—the studio behind the Marvel Cinematic Universe and films like Avengers: Endgame—Sony Pictures still holds the license to the Spider-Man comics and characters within. So these new TV projects will be based on said comics, which include Spider-Man and his villains, Venom, Morbius, and Black Cat and Silver Sable.

Feature film adaptations of these characters are already in the works with other filmmakers—Ruben Fleischer’s Venom was a hit last year and a sequel is in development, and the Morbius movie is currently filming with Jared Leto in the lead role. But it appears that Lord and Miller will work to expand these universes on the TV side of things, which could be seen as a counter to Marvel Studios’s upcoming Disney+ shows like Falcon and the Winter Soldier, WandaVision, and the untitled Loki series—all of which will be tied directly into the Marvel Cinematic Universe.

Former Sony Pictures Entertainment co-chairman Amy Pascal—who produces the standalone Spider-Man movies—will be involved in some of Lord and Miller’s new Marvel series, which could also serve as an extension of their Oscar-winning animated film Spider-Man: Into the Spider-Verse.

While Lord and Miller have made big leaps in the realm of feature films, they’ve remained active on the small screen over the last few years via their Fox deal. That included the now-cancelled Last Man on Earth and Son of Zorn, and they directed the pilot for Brooklyn Nine-Nine. No doubt they were in high demand with their Fox deal up, as streamers like Netflix and Amazon have been trying to scoop up talent to create new TV content, but it appears Lord and Miller felt comfortable heading over to Sony. After all, that’s where their feature career began with Cloudy with a Chance of Meatballs and continued with the two terrific 21 Jump Street movies.

After being fired off of directing Solo: A Star Wars Story in 2017, Lord and Miller turned their attention to 2018’s The LEGO Movie 2 and Spider-Verse, both of which they produced. Spider-Verse earned the pair their first-ever Oscar. As for what’s next on the big screen, they’re expected to helm the sci-fi adaptation The Last Human as their next project, which is set up at Sony on the feature side.