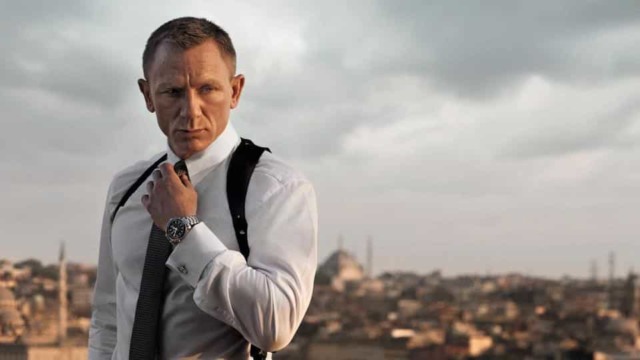 One of the most rewarding parts of recently binging the Bond series is realizing how bad Bond movies have been, forever. So, I don’t really feed bad about enjoying a couple of Daniel Craig’s installments. That said, I’m ready for him to pass the mantle, and it seems he’s going to be passing it in style. I mean, the movie is fucking directed by Cary Fukunaga, and the cast is stacked. One last ride! Until, uh, the next ride, with a new Bond.

James Bond’s next adventure will go untitled for a little longer.

In a promotional video tied to the start of production on the upcoming 007 sequel, the filmmakers behind the movie unveiled the cast, confirmed that Oscar-winner Rami Malekwill be the villain, but stopped short of sharing a moniker for the spy thriller. It will continue under its working title of “Bond 25.” The film’s producers and star Daniel Craigdid hint at certain plot details even if many of the castings they confirmed had been widely reported.

“We’ve got quite a ride in store for Mr. Bond,” promised producer Barbara Broccoli. She also left a few breadcrumbs about what that ride might entail, telling viewers that the film will start with Bond out of active service and on holiday.

“He’s enjoying himself in Jamaica,” said Broccoli, who added that the production has built an “extraordinary” house for the famous agent and his license to kill. The official log-line states that “[Bond’s] peace is short-lived when his old friend Felix Leiter from the CIA turns up asking for help. The mission to rescue a kidnapped scientist turns out to be far more treacherous than expected, leading Bond onto the trail of a mysterious villain armed with dangerous new technology.”

Malek was working in New York and couldn’t join the cast and crew in Jamaica where they shot the promo at Bond creator Ian Fleming’s Goldeneye estate. “I will be making sure that Mr. Bond does not have an easy ride of it in this, his 25th outing,” said Malek.

None of these statements fall into the “spoilers” category, but they are what passes for a big reveal in the maddeningly secretive world of 007. At one point, Naomie Harris, set to return as Moneypenny, was asked innocuously if she’d be joining Bond in the field only to wave the query off as giving “way too much information.”

This edition will be directed by Cary Joji Fukunaga, the filmmaker who made the first season of “True Detective” a water cooler event. He took the reins after the original director Danny Boyle parted ways over creative differences.

Fukunaga told fans that Craig, who plays the super spy as a hard-drinking bruiser, was his favorite Bond. “I want to make sure that this run of films…have a really great next chapter and just keep upping the ante so whoever is next has a harder job,” said Fukunaga.

The team behind the franchise said Bond has remained relevant because they are willing to shake things up while remaining true to Fleming’s take on the secret agent. “We do update the stories and we do update the plots, but we stay true to the character,” said producer Michael G. Wilson.

The next chapter in Bond’s story hits theaters on April 8, 2020, at which point one hopes it will be called something other than “Bond 25.”