Archives
« Behold the first image of a Supermassive Black Hole. My word, the future is dope!
First Look: The Speeder Bike from ‘The Mandalorian’ got that old time feels »

‘Hawkeye’ series starring Jeremy Renner heading to Disney+ and will feature him passing the bow to Kate Bishop! 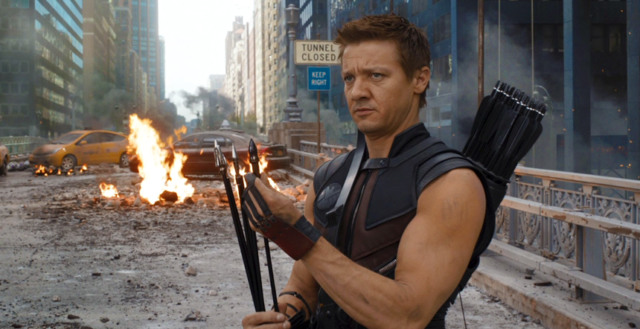 Hawkeye! Kinda cool! Jeremy Renner! Kinda eh! A series about him passing the torch to Kate Bishop? Kinda cool! Kinda eh! I don’t care for Renner, but I do like the character of Kate Bisbop. So, maybe it’ll turn out decent.

Jeremy Renner’s Hawkeye apparently isn’t done with the Marvel Cinematic Universe after Avengers: Endgame, as the character is reportedly going to headline his very own series on Disney+.

According to Variety, the series will be an adventure story in which Clint passes the torch (or bow, as it were) to Kate Bishop, his predecessor/protege in the comics.

Hawkeye, of course, is just the latest in a line of MCU characters slated to receive a series on Disney+. Other projects centered on Sam Wilson/Falcon and Bucky Barnes/Winter Soldier, Wanda Maximoff/Scarlet Witch and Vision, and Loki have also been announced and/or reported.

When reached by Variety, Marvel and Disney declined to comment on the Hawkeye series.