Archives
« Monday Morning Commute: God’s In Heaven / All’s Right With The World!
Behold the first image of a Supermassive Black Hole. My word, the future is dope! »

‘Westworld’ creators have signed nine-figure deal with Amazon Studios. That’s a lot of money for a lot of pretentious bullshit! 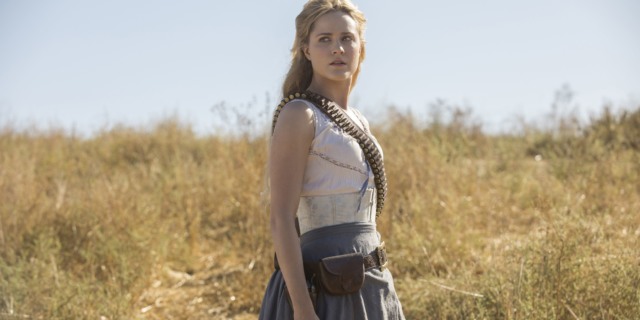 Amazon Studios has announced that it has signed on Westworld creators Jonathan Nolan and Lisa Joy and their company Kilter Films for an overall deal to create original series for Amazon Prime Video. The deal builds on an existing project the pair is developing for the studio called The Peripheral.

That project is based on William Gibson’s novel by the same name, which is set between near-future rural America and a distant future in London after an apocalypse. Amazon began developing the project last year, with an eye toward picking it up with a straight-to-series order.

Nolan and Joy said in a statement that they “can’t wait to dive in to make some batshit crazy television together,” while Amazon Studios head Jennifer Salke says the pair has “mastered the art of working in tandem as well as individually on so many fantastic projects across film and television. They each bring their own unique storytelling abilities to the partnership, creating unforgettable characters in addictive and compelling worlds.”

Amazon didn’t disclose terms for the deal, but The Hollywood Reporter says it’s a “nine-figure, four-year overall deal” that could be worth upward of $30 million a year. The pair will leave existing overall deals with Warner Bros., but they will continue to write and produce Westworld for HBO for “multiple additional seasons.”

This new deal comes amid a figurative arms race between streaming services like Netflix, Amazon, Apple TV Plus, Disney Plus, and others, all of which have worked to lock down new original content in a bid to attract more subscribers. They’ve increasingly begun to sign up notable creators for long-term exclusive deals. In recent years, Amazon has signed on creators like The Walking Dead’s Robert Kirkman as well as fantasy author and Good Omens creator Neil Gaiman.

The deal essentially means Amazon will get the first crack at anything Nolan and Joy create while under contract. Given the duo’s television track record, it seems Amazon is looking to snap up the next Westworld or Person of Interest before someone else gets it.