Archives
« Netflix planning more interactive stories ala ‘Bandersnatch’ for better or worse
‘Avengers: Endgame’ Trailer: The Team Is Ready To Do Whatever It Takes, But I Ain’t! » 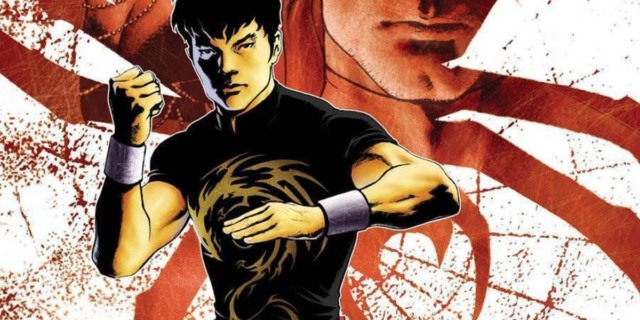 After Captain Marvel, I’m just straight-up done with Marvel’s “Paint By Numbers” origin story shit. So, part of me is pretty exhausted at the idea of a Shang-Chi origin movie. However, at the same time, it could be an opportunity for the MCU to get a bit weird. It’s been eleven years, it’s been fifty-nine movies. Let’s cut loose.

Marvel Studios has tapped a director to bring Shang-Chi to life on the big screen.

According to Deadline, Short Term 12 helmer Destin Daniel Cretton is set to direct the forthcoming film, which will feature Marvel Studios’ first Asian hero lead. The news comes a few months after it was announced that the studio had brought on Chinese-American writer Dave Callaham to pen the screenplay.

Cretton is yet another indie talent being brought on by Marvel to direct one of its forthcoming features. He’s previously directed Short Term 12 and The Glass Castle, both of which starred Captain Marvel actress Brie Larson. He most recently wrapped principal photography on Just Mercy for Warner Bros., which will star both Larson and fellow MCU star Michael B. Jordan. This will mark his biggest feature credit to date.

Other directors that were reportedly in the running for the gig included Justin Tipping (Dear White People), Alan Yang (Tigertail), and Deborah Chow. Chow, of course, has previously directed episodes of both Iron Fist and Jessica Jones. She’s also set to direct an episode of the upcoming Star Wars series The Mandalorian for Disney+.

Shang-Chi was created by Steve Englehart and Jim Starlin, and he officially debuted in the Marvel Universe in December 1973 with Special Marvel Edition #15. Shang-Chi, who is the son of Fu Manchu, is a master martial artist who has been isolated by the larger world and trained to do his father’s bidding. While there was some controversy following the news that Marvel Studios was looking to develop Shang-Chi for the big screen, it’s expected that the studio will approach the film much like Black Panther and take caution to avoid any stereotypes.