Archives
« There is a ‘Gremlins’ animated series in development for some fucking reason
‘The Dark Phoenix’ Trailer: Goddamn, thank goodness Marvel Studios is taking the X-Men back » 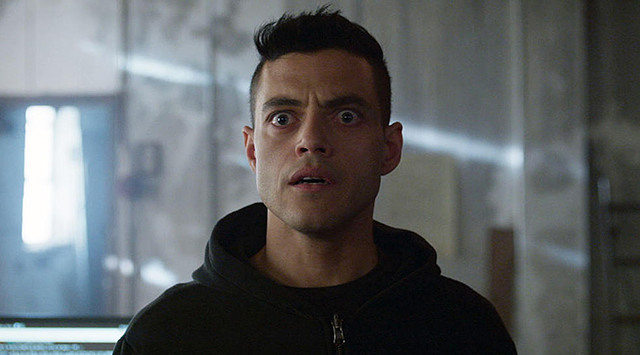 I mean, just look at fucking Rami Malek. Dude oozes discomfort. More than happy to see him as the villain for Bond 25.

Daniel Craig is returning to play James Bond once again in the still-untitled Bond 25, and now a new report says that the British spy will be facing off against a villain to be played by recent Oscar winner Rami Malek. Plus, a separate report gives us a broader picture of what roles are left to fill – including a part that seems to be written specifically for Game Night actor Billy Magnussen.

Collider says we’re about to see a Rami Malek Bond villain: the Bohemian Rhapsody star is in final negotiations to play the baddie in the new film, which will be directed by Beasts of No Nation helmer Cary Joji Fukunaga. An earlier report suggested Malek’s schedule couldn’t accommodate both Bond 25 and the final season of USA’s tech drama Mr. Robot, but those issues have seemingly been resolved. We don’t know anything about the character, but it seems as if the villain may hail from Northern Africa; Wonder Woman actor Saïd Taghmaoui, who is from Morocco, was previously up for this part back when Danny Boyle was going to direct.

Meanwhile, Variety reports that two female roles have yet to be filled: “one a new MI6 agent and the other an accomplice similar to Olga Kurylenko’s character in Quantum of Solace.” (In that 2008 movie, Craig’s second film as Bond, Kurylenko played Camille, a woman out for revenge after her family was murdered.)

The film also features a new American CIA agent akin to Felix Leiter, the agent played by Jeffrey Wright in both Casino Royale and Quantum of Solace. That’s the part which appears to be earmarked for Billy Magnussen, the Ingrid Goes West actor who recently had a small part in Velvet Buzzsaw and previously worked with Funukaga on the Netflix series Maniac. According to Variety, “Fukunaga’s most recent draft had the character written younger to fit Magnussen’s age,” so while an offer isn’t on the table yet, it seems like it’s his part to lose.